The video shows son on ex-BSP MP Rakesh Pandey, Ashish with a gun in hand, arguing with couple reportedly over a car parking issue. 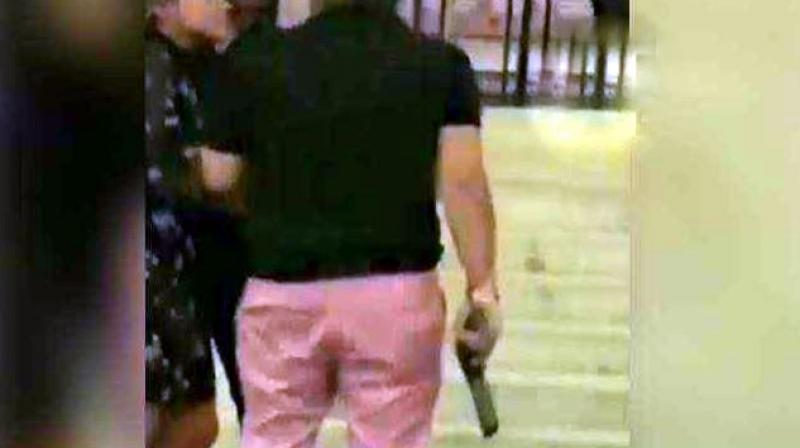 The incident took place on October 14, Sunday, and since then, the video has been widely shared online. (Photo: Screengrab | ANI)

New Delhi: Son of BSP MP Rakesh Pandey was seen in a video brandishing a gun outside a 5-star hotel in south Delhi.

In the 10-second clip that has gone viral, shows Ashish Pandey in black T-shirt and pink trousers, with a gun in his hand, arguing with a couple outside the toilet of the five-star hotel.

His woman friend and a security guard can be seen intervening to calm him down.

The video ends with the man being taken to the side by a hotel staff as Ashish continued to argue with the couple.

The incident took place on October 14, Sunday, and since then, the video has been widely shared online.

A case under the Arms Act has been registered by the Delhi police.