The court is likely to hear the matter on November 29, they said. 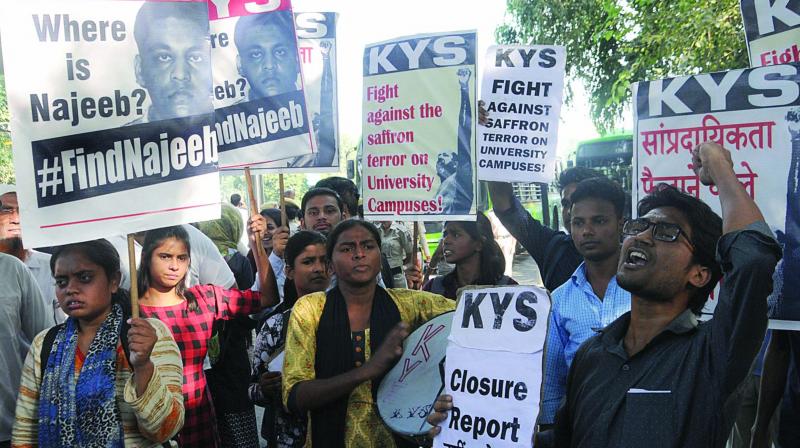 Activists protest against the decision to close the Najeeb Ahmed disappearance case in New Delhi on Monday. (Photo: GN Jha)

New Delhi: The CBI on Monday closed the case pertaining to the mysterious disappearance of Najeeb Ahmed, a student of Jawaharlal Nehru University (JNU), who had gone missing from his hostel on October 16, 2016.

Sources in the agency said, “CBI’s efforts to trace Najeeb have yielded no results. The agency has submitted its report in Patiala House courts after getting permission from the Delhi high court”. The court is likely to hear the matter on November 29, they said.

While taking permission of the Delhi high court to close the case, the agency, which began their probe in May last year, said all aspects were looked into but it could not find any trace of an offence.

Najeeb Ahmed, a student of School of Biotechnology and a native of Badaun, went missing on October 16, 2016 following an on-campus scuffle allegedly with the members of some other student group.