Vipin’s brother said that after his brother went missing, he called Badal to enquire but he gave four different versions in one call. 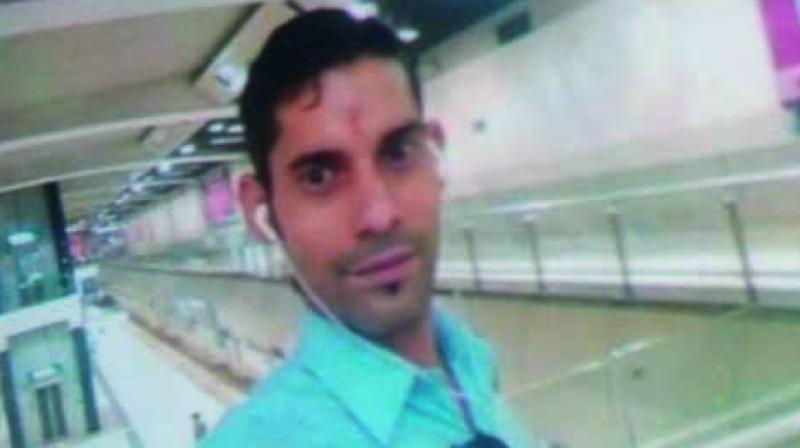 New Delhi: The Delhi police has failed to make any breakthrough in the brutal murder of 30-year-old bartender Vipin Joshi. Vipin’s co-worker and friend Badal
Mandal, who is a prime suspect in the case, is also is missing and still untraceable.

Vipin’s body was found chopped in three pieces and stuffed inside a refrigerator at Badal’s first floor rented flat in Saidulajab, an urban village in South Delhi’s
Saket on Saturday evening, five days after he went missing.

His head was found stuffed inside the freezer, while the limbs were kept on the upper tray in the fridge that was kept switched on. The remaining trays in the
fridge had been removed to accommodate the torso. The body parts had started to decompose as the fridge was not shut properly.

Vipin lived in the same locality with his younger brother, Mahesh, who works as a chef in a restaurant in Gurgaon. Both Vipin and Badal had been working at
“Fio Country Kitchen and Bar”, located inside the Garden of Five Senses in Saket, for the last six years.

Vipin’s brother said that after his brother went missing, he called Badal to enquire but he gave four different versions in one call.

“It was a 17-minute phone call on Thursday, two days before my brother’s body was found in Badal’s house. The day my brother went missing, he told me that he
was going to Badal’s house. But in that last phone call before he switched off his mobile, Badal was evasive. So much so that he had four different versions of
when he last heard of my brother,” said Mahesh Chand Joshi, Vipin’s younger brother.