Municipal commissioner Ms Joshi came out of her office after hearing the commotion and ordered a sweeping of the area. 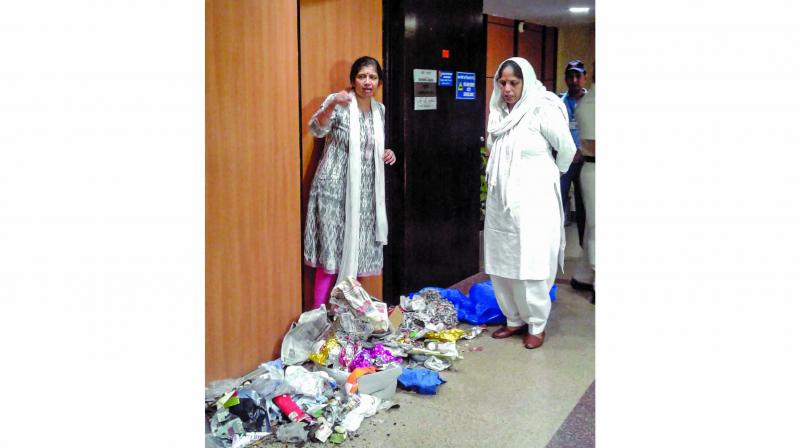 NEW DELHI: Congress councillor Guddi Devi on Monday chose a bizarre way to protest as she dumped the trash in front of the offices of North corporation’s mayor and commissioner, alleging poor sanitation condition in her ward.

The MalkaGanj ward councillor first deposited dry waste in front of North Delhi mayor Avtar Singh’s office soon after the NDMC house was adjourned for the day in the wake of the death of a councillor. She then put garbage right outside the door of the office of NDMC commissioner Varsha Joshi. Municipal commissioner Ms Joshi came out of her office after hearing the commotion and ordered a sweeping of the area. There was no immediate reaction from the mayor.

Ms Guddi Devi told reporters at the civic centre, “I did this protest to draw attention to the pathetic sanitation situation in my ward.” Congress councillor alleged that she had gone to a child’s funeral and the bereaved family was sitting next to a mound of filth. “If in my ward, people can live alongside garbage, these big officials should also know what it means to live that life,” said Ms Guddi Devi.

She claimed that she had raised the issue in the NDMC House too but the authorities did not pay heed.