Cases of snatching and looting by organised gangs are increasing by the day, tweeted AICC member Amrita Dhawan. 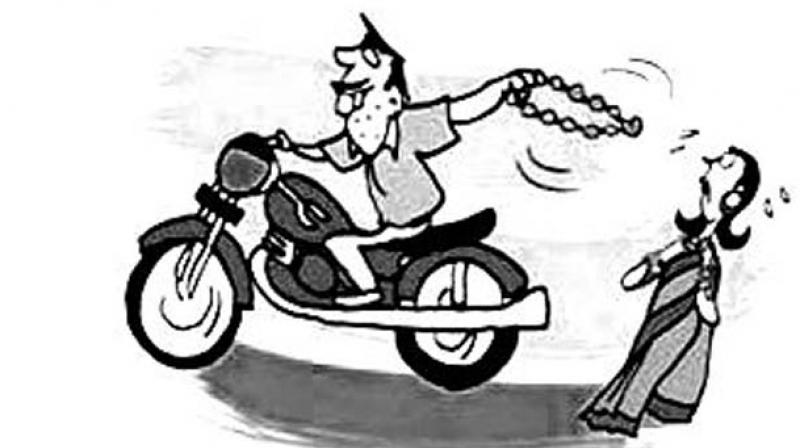 New Delhi: All India Congress Committee (AICC) member Amrita Dhawan was robbed near Army base hospital on Friday evening. She shared her horrifying experience on social site Twitter and raised the question over law and order situation in national capital.

“What a harrowing experience! Women are not safe even in broad daylight and within confines of their cars. Cases of snatching and looting by organised gangs are increasing by the day. Hope Delhi police wakes up from its slumber and cracks down on these gangs to make life and belongings of citizens safer,” she twitted .

“On Friday evening I was on my way and reached at the Army Base hospital, Delhi Cantt area when two scooty borne riders came near my car window and indicated towards my car’s tyre. They diverted my attention and I thought that there is some problem with my tyres and I stopped my car to check it. In the mean time, the scooty riders disappeared from the spot. Later, I noticed that two bike borne riders came towards me from wrong side and suddenly attempted to snatch my handbag, however I resisted but they overpowered me and took away my handbag with Rs 60,000 in it. I even tried to chase them but they disappeared from the spot,” she told this news paper.

“I immediately made a PCR call and informed the police, who came to the spot where the incident had happened. I was shocked when the same scooty borne riders came from the opposite site and threw the empty bag at me and disappeared from the spot. It was a clear indication that this gang is operating here with this trick to rob the people,” she added.

She further narrated this incident to social site and twitted: “Though Delhi police PCR and Delhi Cantt. Police station staff were cooperative and active, I strongly feel these cases are rising repeatedly in Delhi with no fear of conviction of such criminals.”