Topper had to give up TV, social media to focus on exam. 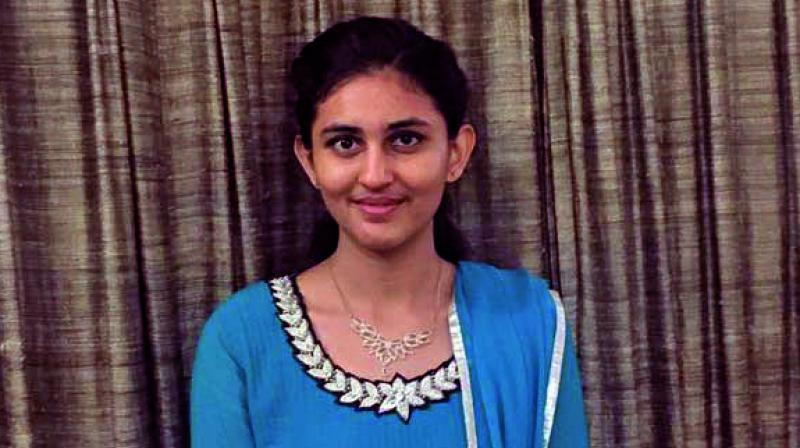 Eighteen-year-old Nishita Purohit from Gujarat`s Surat district was declared as the topper.

Ms Purohit scored 91.4 per cent marks in the CBSE Class 12 board this year. Apart from her excellent academic record, Purohit is also a national-level basketball player.

“I was in a state of shock when I first saw the result and matched my roll number twice for the confirmation. Since childhood, it was my dream to become a cardiac surgeon. But, I have kept other options open and will also try for the UPSC exams,” she told a news agency.

While preparing for the medical entrance exam, Purohit dedicated around five hours for self-studies, apart from six to seven hours of study in school and institute. She also said that she was not in contact of any social media and did not watch TV for a year. To sharpen her knowledge, she joined a private coaching institute in Kota.

A total of 28,4,737 candidates appeared, out of which 4,905 have qualified and are eligible for counselling session in AIIMS.

“For the first time in its history, AIIMS New Delhi will be admitting 100 students for this session,” Dr Ashok Kumar Jaryal, head of exams, AIIMS, said.

The entrance exam course was conducted on May 28 at various centres across the country.

On May 31, Anand Rai, who exposed the Vyapam scam in Madhya Pradesh, had alleged that the question papers of this year’s entrance exam of the AIIMS were leaked following which the institute had constituted the committee to probe how snapshots of the test came out in public.

The panel has said there was no question paper leaks though some candidates in an exam centre in UP indulged in cheating in connivance with some officials. However, it also recommended a CBI probe into the matter.