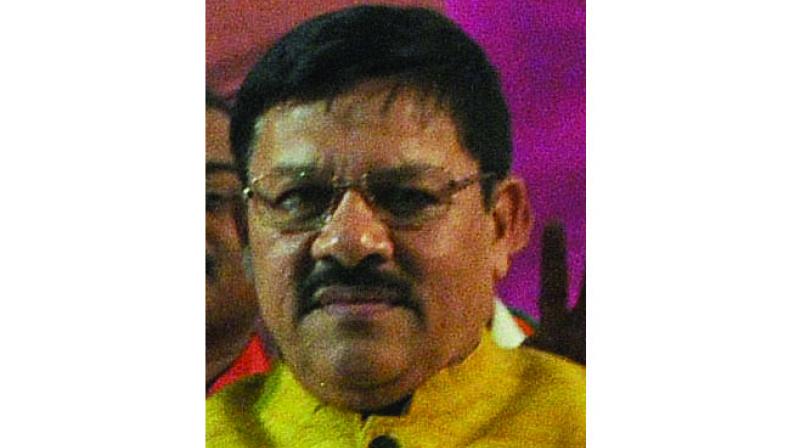 New Delhi: Riding high on the massive victory in the Rajouri Garden bypolls, the BJP is now claiming that it will win nearly 250 out of 272 seats in the upcoming civic polls in the national capital. BJP national vice president and Delhi in-charge Shyam Jaju, talking to this newspaper, said that the bypoll result shows that the atmosphere is in favour of BJP and the party will score massive mandate in the city similar to that in Uttar Pradesh.

Mr Jaju, who is also the party in-charge of Uttarakhand BJP where the party recorded a historic victory, said that the bypoll results from across the country and Rajouri Garden in the city once again established Prime Minister Narendra Modi as the most popular leader in the nation.

“Aam Aadmi Party’s (AAP) failure to save the security deposit of its candidate shows that the party and its leader, Delhi chief minister Arvind Kejriwal, have lost people’s faith within two years of the historic support they received in the 2015 Assembly polls,” said Mr Jaju.

He claimed that primary indication after Rajouri Garden bypoll shows huge support for BJP and PM Modi’s pro-poor policies among the voters.

“Results reflect that AAP has lost credibility as an option of alternate politics. Congress has been repeatedly rejected by the people since the 2013 Delhi Assembly polls. People believe that BJP is the only party which is committed to development of all the sections of the society irrespective of their caste, gender, and religion. In the present scenario, BJP will be winning about 250 seats in the civic polls to be held on April 23 with people’s support,” said BJP’s national vice president.

On the rejection of nomination papers of BJP candidates in the five municipal wards, Mr Jaju said that it was done intentionally, without any strong ground for rejection. “Officers are threatened and pressurised by the Delhi government and there were several such incidents in the past. There was suspicion that may be under pressure from the Delhi government, the returning officer (RO) had rejected the nomination of the BJP candidates. We will challenge the rejection in court,” he said. Talking about the party’s decision to deny ticket to all the sitting councillors, Mr Jaju said that it was a policy decision taken by the party leadership. The decision to deny ticket was conveyed to everyone and it was welcomed by all the stakeholders of the party,” he added.

Defending the delay in the announcement of the candidate list, which was released around three hours before the closing of filing of nomination papers, Mr Jaju said that it was done on time through a scientific procedure to select the candidates. “We ensured that the criteria set by the party leadership are followed in true spirit,” said the Delhi BJP in-charge.