We target to have zero discrimination in campus: Jagadesh Kumar

JNU continues to be the hotbed of controversies for the last one year. 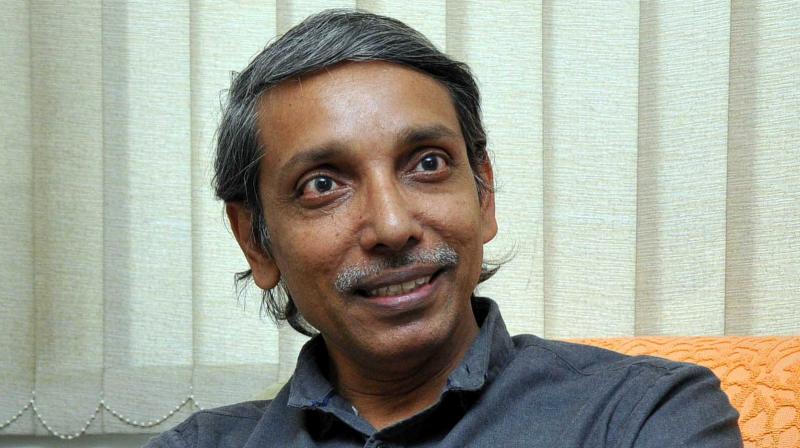 JNU continues to be the hotbed of controversies for the last one year. The recent one being the suicide of 28-year-old P.hD student Muthukrishnan J. The controversies have not even spared former IIT-Delhi professor M. Jagadesh Kumar, who has been targeted by the students union for pursuing the “RSS agenda” ever since he took over as the varsity’s vice-chancellor on January 27 last year. In an interview with The Asian Age, Prof. Kumar told Sushmita Ghosh that the moment educational institutions deviate from academic excellence, they actually do the real social injustice because they will not be in a position to educate people who come from the marginalised sections of the society.

Q. JNU recently received the best university award from the President. What makes JNU different from other universities?
A. The President’s award is a testimony that the University has excelled in many areas. JNU is renowned for its science and humanity streams and it focuses primarily on basic research. The university’s outlook is inclusiveness. Here, the student population and teaching community is quite heterogeneous — belonging from various socio-economic background.

Q. As soon as you took over as JNU V-C last year, there has been no end to controversies? Even you have been facing criticism?
A. The word controversy is a perception, how you view a situation whether as a controversy or not. As a “scientist”, I am trained to face challenges, whether it is in the research or in academics or in administration. For me, every event is a challenge to overcome and resolve issues surrounding it. I feel every organisation has officers entrusted with responsibilities and accountability. Therefore, if you bypass all those structures and come directly to the V-C, it is not good for the health of the university.

Q. Some of the friends of Muthukrishnan shared his FB post where he had alleged discrimination in Mphil/PhD admissions. Will this pose a bigger challenge?
A. As an educator, none of us would like either any discrimination happening during the admission process or after the students are admitted, especially considering the fact that our students come from villages or rural backgrounds or marginalised sections. It is very important that we put every effort to make sure that even remotely they don’t think that they are discriminated. We target to have zero discrimination in the campus .

Q. Several students are calling Muthukrishnan to be the second Rohith Vemula. Do you think this unfortunate incident will hamper the environment in the campus?
A. Any suicide is very unfortunate. In this case, the suicide took place outside JNU, the police informed us about it in the evening, and immediately the administration took steps to work together with the police. We are trying to help his family in conducting the post-mortem and take the body to their native place.

Q. You were trolled on the social media for your recent tweet where you credited BJP’s victory in UP to development and inclusivity. What do you have to say about that?
A. I did not make any tweet with respect to anybody. Today, in our country, we have various issues to tackle — higher education, employment or health facilities, in which even universities play a great role as we are training the students to go back to the society and become productive agents of change. In that context, it is very important that universities play a significant role in developing the country. And development should be inclusive, so in that context I said that today in our country, there is a realisation that we should focus on development and in any development, it should be inclusive.