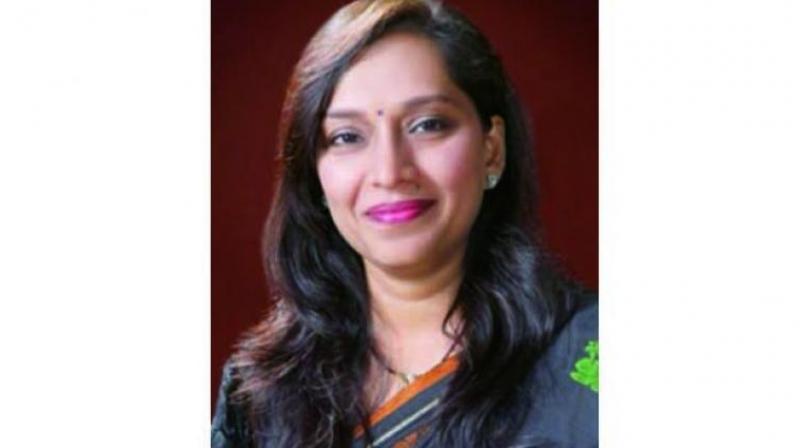 New Delhi: North Delhi Municipal Corporation (NDMC) Mayor Preety Agarwal and the Delhi BJP unit on Thursday refuted charges of corruption levelled by the Aam Aadmi Party (AAP). They challenged the AAP-led government to prove the charges or be ready for legal action.

Ms Agarwal said that the AAP leaders must immediately apologise for levelling baseless allegations against the Mayor or be prepared to face a legal defamation suit.

Delhi BJP vice-president Abhay Verma said that the party strongly stands behind the Mayor and we condemn the false propaganda of AAP against her who has been fighting against the efforts of few officials to spread corruption in the civic body.

“She has been writing letters raising corruption complaints against few officials since May 2017,” Mr Verma added.

Refuting the allegation of the AAP that NDMC had paid bills for a party hosted by her for the media at a hotel, Ms Agarwal said that she was not so weak so as to succumb to such baseless allegations.

She claimed that the allegation of her trying to barge into the room in which certain tender was being held is totally false.

“The allegation is an afterthought of the concerned official as I had levelled certain charges against him,” she said.

Ms Agarwal challenged that “let the AAP and concerned officials prove that I had barged into the room and touched and influenced the tender documents”.

Delhi Bharatiya Janata Party (BJP) spokesperson Praveen Shankar Kapoor said that the AAP was trying to raise baseless charges against the saffron party in order to divert public attention from corruption and imminent arrest of its  ill-famous minister Satyendra Jain.

Another Delhi BJP spokesperson, Harish Khurana said that BJP-led NDMC has a zero tolerance policy against corruption and the party’s challenge to the AAP to was either to substantiate its charges or withdraw them.

Party spokesperson Teena Sharma and media department co in-charge Neelkant Bakshi were also present in the press conference, which was convened in order to defend the corporation mayor of the baseless charges.