Meanwhile, commuters continued to face difficulties in hiring cabs in Delhi-NCR as the strike entred its sixth day today. 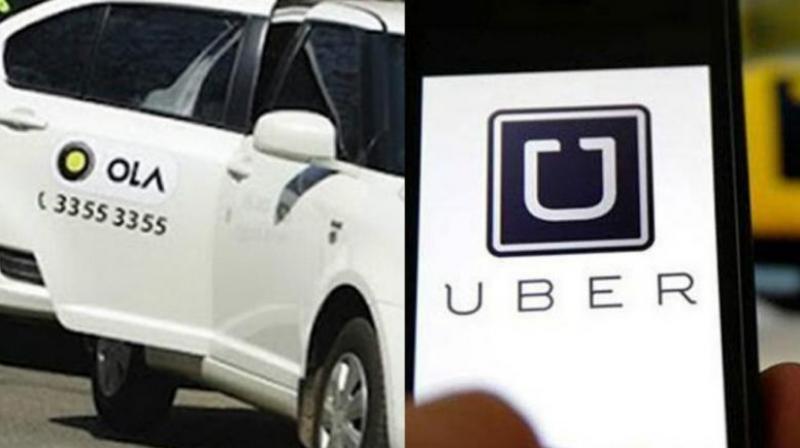 Over two lakh cars have gone off the roads since the strike was announced. (Representational Image)

New Delhi: The massive cab driver strike in the capital reached court after radio taxi aggregators sought relief from the alleged vandalism during their protests. Taxi aggregator Uber moved the Delhi high court on Wednesday, alleging that drivers backed by the Sarvodaya Drivers Association, Delhi, have resorted to vandalism to persuade the management to fulfil their demands. While the matter has been posted for Friday, another similar plea was filed by another aggregator, Ola.

In Ola’s plea, the court restrained anyone, including two taxi drivers’ unions, from interfering in the running of app-based cabs of Ola, whose services had been disrupted due the recent strike by taxi drivers.

Uber also alleged that the drivers currently on strike are not letting other cabs ply and are smashing those which are plying on the city’s roads.

The court has posted the matter for hearing on Friday. The Ola-Uber strike entered its sixth day on Wednesday, with the drivers protesting against the management regarding withdrawal of incentives for them and lack of adequate insurance policies.

Meanwhile, commuters continued to face difficulties in hiring cabs in Delhi-NCR as the strike entred its sixth day today. The Delhi government will hold talks with representatives of Sarvodaya Driver Association of Delhi (SDAD) on Thursday.

Over the past few days, the drivers of Ola and Uber have refusing to render services unless all their demands are met by the management. Over two lakh cars have gone off the roads since the strike was announced. Till January, an Uber driver who earned Rs 1,700 a day was also drawing incentives worth Rs 4,000 for that particular day. This meant the driver took home around Rs 5,700 for that day’s work. However, with a complete halt on incentives, the drivers were able to take home only a day’s worth of earnings, thus leading to a drop in their income. Additionally, the drivers have asked that the minimum fare should be increased from Rs 6 per kilometre, which is much lower than the Rs 16 minimum fare for air-conditioned cabs in the city.

Earlier, the Sarvodaya Drivers Association reached the court and filed a plea against Uber for hiking plying charges per kilometre, imposing waiting charges on passengers and demanding compensation for a deceased driver killed in an accident a few days ago. The association has refuted all allegations made against them, claiming that no such violence is being encouraged by them.

The interim order was passed by Justice Rajiv Sahai Endlaw on Ola’s plea accusing the taxi drivers’ unions — Sarvodaya Driver Association of Delhi (SDAD) and Rajdhani Tourist Drivers’ Union — of blocking cabs of drivers who had not joined the strike.

It also restrained the unions or anyone acting on their behalf from removing or confiscating the mobile devices installed in the Ola cabs.

The court also restrained the two unions, their office-bearers or anyone acting on their behalf, from staging a dharna within 500 metres of Ola offices at Vasant Kunj here and Gurugram in Haryana. It also issued notice to the two unions and its office bearers and sought their replies by the next date of hearing on February 17. Uber’s plea is also listed on the same day.

Ola’s plea was mentioned in the morning before Justice S. Muralidhar, who allowed it to be listed later today before the appropriate court.

In its plea, Ola has claimed that not only its business, but public safety was also being affected due to disruption of its services by the striking drivers who allegedly blocked their cabs, pulled out drivers and removed the mobile devices installed in them.