The Lok Sabha Speaker lauded the work done by Mr Goel & said that the imitative could be replicated at many such sites spread across the country. 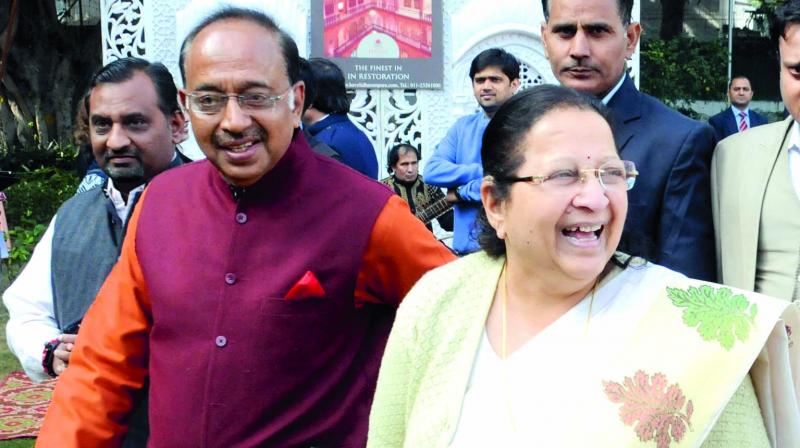 New Delhi: Lok Sabha Speaker Sumitra Mahajan on Thursday said that the government and people should come together to return back the old splendour of Chandni Chowk with development of a heritage walk there.

Citing the restoration work done at ‘Rajawara’ in her Lok Sabha constituency Indore, Ms Mahajan said that a heritage walk could be developed at Chandhi Chowk also. “The old splendour of Chandni Chowk could be restored. We can definitely think of developing a heritage walk there with the help of people and the government,” Ms Mahajan added.

The Lok Sabha Speaker lauded the work done by Mr Vijay Goel and said that the imitative could be replicated at many such sites spread across the country.

“With the help of INTACH, work has been started to maintain and preserve the Parliament building,” she added.

Lauding restoration of Dharmpura Haveli, tourism minister K.J. Alphons said, “ Mr Goel has shown how we can showcase our heritage to the world. Its a great example for the people to come forward. We have started ‘adopt a heritage’ scheme’ and 14 sites have been given for restoration.”

Mr Alphons also appealed the Union Culture minister Mahesh Sharma who was present in the function to make the monuments alive by allowing them to be kept open beyond 5 pm and hold cultural and recreational activities there.

On the occasion, Ms Chiba said, “In a big country like India having diverse heritage, its not possible that each heritage site has to be dependent on government support.”