City gears up for another superhero showdown

7th edition of Comic Con to come alive at NSIC Grounds from today. 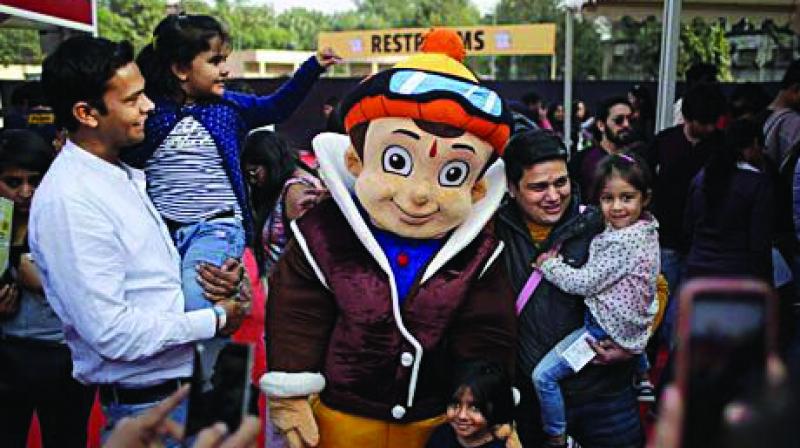 The 7th edition of Delhi Comic Con, the annual gathering of comic buffs, gamers and pop culture enthusiasts, is set to come alive at the NSIC Grounds, Okhla here from Friday.

New Delhi: Be it the foulmouthed antihero, Deadpool, or the Caped Crusader from the dark lanes of Gotham city, comic lovers from across the country will find all of them here over the weekend.

The 7th edition of Delhi Comic Con, the annual gathering of comic buffs, gamers and pop culture enthusiasts, is set to come alive at the NSIC Grounds, Okhla here from Friday.

With cosplay contest as one of the major attractions, the event will have a range of activities including the best of comics, experiential zones, international guests, meet and greet sessions, gaming tournaments, and fan meet-ups.

“And we are back home to end a very busy Comic Con season, with the biggest show of the year! Delhi Comic Con is our flagship show and each year we work hard to deliver a stellar show to our fans.

“This year we have gone all out with fan experiences along with an awesome line up for guests and the geekiest shopping experience ever! We look forward to hosting fans in Delhi,” Jatin Varma, founder-Comic Con India, said.

Dressed as their favorite fictional characters, five cosplayers will be chosen each day across categories including comic book/graphic novel, animated series/movie, manga/anime, sci-fi/fantasy, and gaming.

The show will also feature Indian creators such as Abhijeet Kini.