Ajay Maken said due to the destructive attitude of the AAP and BJP government the Phase III of the Metro is running behind schedule. 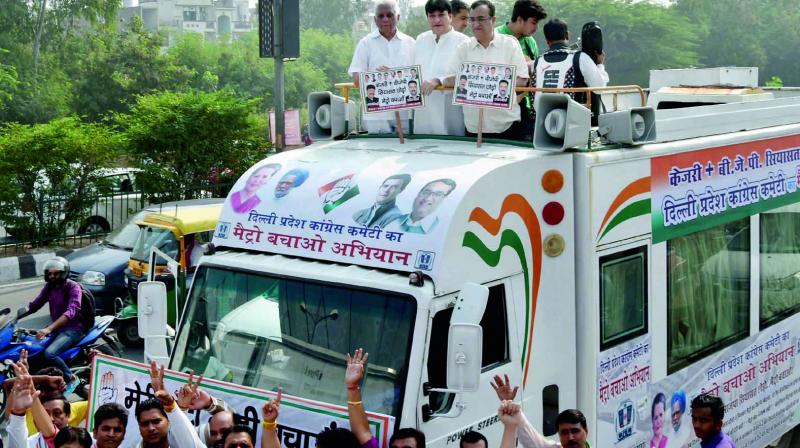 New Delhi: The Delhi Congress is receiving huge response for its ‘Rathyatra,’ which it is carrying out against the Metro fare hike as part of their ‘Stop Politics Save Metro’ campaign. This Rathyatra is proving a ‘boon’ for Congress as it has received the support of the general people. In the recent past, Congress lost its vote bank and had to face humiliating defeat. There is a possibility that the success of this campaign would definitely increase its vote bank.

Delhi Congress chief Ajay Maken, who is leading the Rathyatra, said that Congress wanted to expose the blame-game drama of Mr Kejriwal’s Delhi government and the BJP-ruled Central government on the Metro fare hike issue.

“Both AAP and BJP are hand in glove and are fooling the common people. They took the decision to hike Metro fare and have now indulged in public drama. Both are playing politics to harm the interest of lakhs of Metro commuters,” Mr Maken said.

In the fourth phase of the Metro, Congress will organise a painting competition where school children and professionals will participate. It will be held at over 50 places in the national capital.