Kapoor, DCP of Faridabad NIT’s area, was promoted as an IPS officer in 2017. 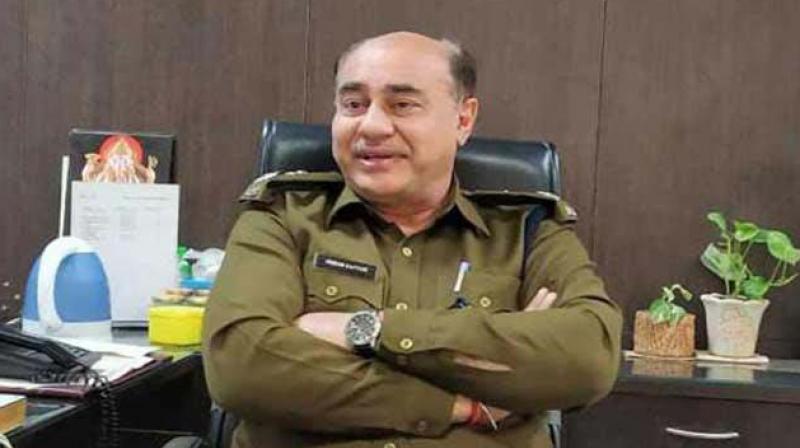 Faridabad: Faridabad deputy commissioner of police Vikram Kapoor allegedly committed suicide by shooting himself with a service revolver at his residence on Wednesday morning. Based on a suicide note recovered from Kapoor’s house, two people, including Bhopani police station SHO Abdul Shahid, were detained.

Details of the suicide note were not immediately available but according to sources, the DCP in the letter alleged that he was being blackmailed by a police station in-charge and another person.

Kapoor, DCP of Faridabad NIT’s area, was promoted as an IPS officer in 2017. He reportedly used his service revolver and shot himself at his home at around 6 am on Wednesday. Senior officers are conducting an investigation at his home in Faridabad’s Police Lines, Sector 30.

Kapoor allegedly put his service revolver in his mouth and pulled the trigger, the sources said. After hearing the sound of gunfire, Kapoor’s wife rushed to the living room and found him lying in a pool of blood.

She and her son Arjun later informed police about the incident, the sources added. Police spokesperson Sube Singh said Kapoor, who had held the office for one year, was supposed to retire in 2020.

Expressing grief over the demise of Kapoor, police commissioner Sanjay Kumar said the entire police department was in mourning. He said a probe into the incident was underway. Kapoor, a native of Ambala, had joined the Haryana Police as an assistant sub-inspector in 1983. After promotion, he became the DCP and was posted in Faridabad for the last two years. Kapoor is survived by wife and two sons.