Recently, a large python snake was removed by the Wildlife SOS from an Air Force plane and released into the wild. 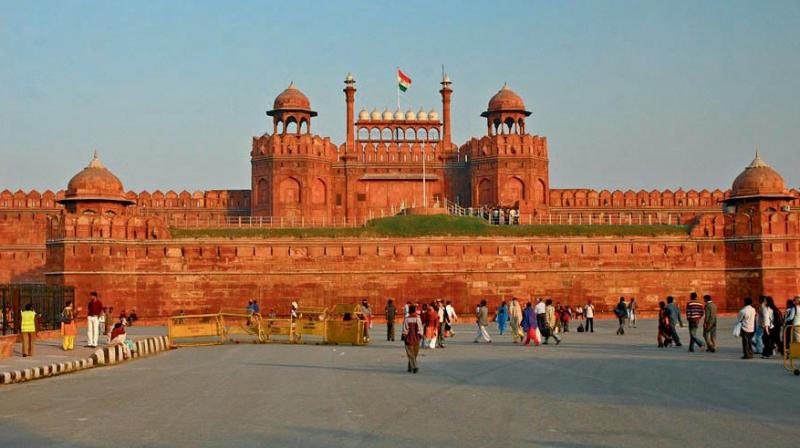 New Delhi: Noting a significant presence of snakes and monitor lizards during a recent recce, the Delhi police and the government have requested a wildlife NGO to scan the Red Fort and assist in security arrangements for the upcoming Independence Day celebrations.

The police sent a written request to NGO Wildlife SOS to scan the area as a safety precaution and also deploy trained personnel during the August 15 celebrations as a safety measure. The organisation has now deployed a special expert team in its security detail which will be working with the police and the forest department.

Reptiles, if found in and around the Red Fort, will be shifted carefully to ensure public safety and restored to their familiar surroundings after the celebrations.

Recently, a large python snake was removed by the Wildlife SOS from an Air Force plane and released into the wild.

In the past, Wildlife SOS has assisted with translocation of wild animals from critical areas like Nilgai Antelope from Rajpath when the animal made national headlines; civet cat from inside the Parliament House; and snakes, injured birds, and other animals from the Prime Minister’s residence.

Wasim Akram, the manager of Wildlife SOS special projects, said: “It is a social service to help the public and to prevent human-wildlife conflict. We are honoured to be of assistance to the government and the police and be a part of the Independence Day security detail.” Wildlife SOS has also translocated wild animals from the Delhi International Airport. More recently they have translocated wild jackals from Akbar’s tomb in Agra to a safe protected habitat as advised by the chief wildlife warden and forest department. “Wildlife SOS has been working closely with the forest department and Delhi police to address wildlife issues in Delhi. Snake bites are a concern and we shall deploy our teams in the interest of public safety,” said Kartick Satyanarayan, the CEO of Wildlife SOS.