Won’t award contract till May 23: Govt to Delhi HC

The court said that DTC and the government would be bound by the statement. 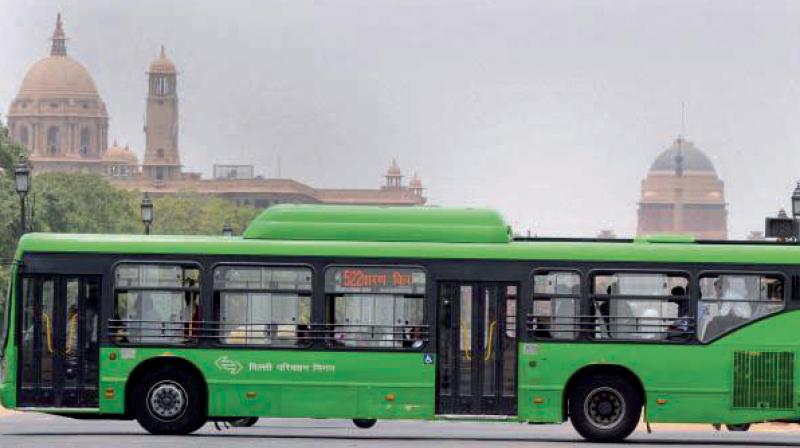 New Delhi: The Delhi Transport Corporation (DTC) and the AAP government on Monday assured the Delhi high court that no contract for standard floor buses would be awarded till May 23, in the backdrop of objections that they were not disabled-friendly.

The assurance was given as a bench of Acting Chief Justice Gita Mittal and Justice C. Hari Shankar appeared inclined to stay the entire tender floated on March 15 for procurement of 1,000 standard floor buses (SFBs).

The court was of the view that exclusion of disabled persons from accessing public transport was “glaring on the face of it” as the SFBs were not easily accessible by handicapped persons and the elderly.

Taking note of the views of the bench, the DTC and the Delhi government assured it that the contract under the tender, which was opened on May 10, would not be awarded till the next date of hearing on May 23.

The court said that DTC and the government would be bound by the statement. The order came on a fresh PIL moved by Nipun Malhotra seeking setting aside of the March 15 tender. Advocate Jai Dehadrai, appearing for Malhotra, said the tender was in violation of earlier orders of the court as well as undertakings given by DTC to not go ahead with procurement of SFBs.

The lawyer said that the DTC and the government were going ahead with the procurement despite agreeing that low floor buses (LFBs) were more safer than SFBs.

DTC in an affidavit, has said only the older SFBs were unsafe in comparison to the LFBs and the new ones it was going to procure would be as proper as the LFBs. However, the new SFBs won’t be able to cater to disabled people on wheelchairs, the DTC has admitted.

Meanwhile, advocate Aman Panwar, appearing for Congress leader Ajay Maken, told the court that the proposed procurement was in violation of a ministry of urban development specification that public transport buses need to have automatic transmission.