Rapists must be hanged: Nirbhaya mom 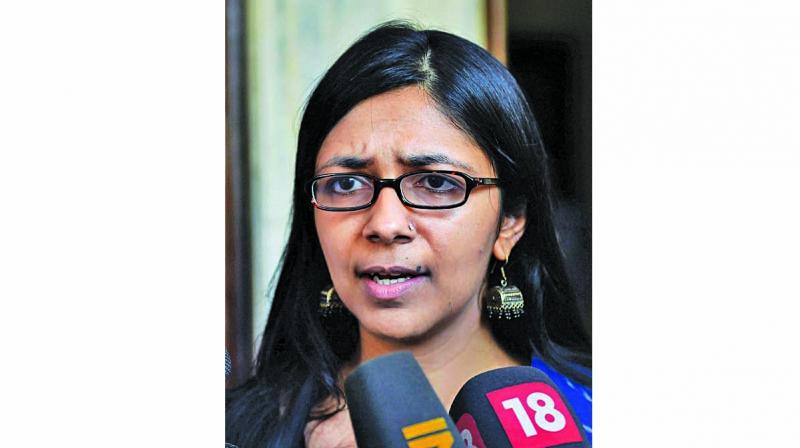 New Delhi: Parents of Nirbhaya, the paramedic student raped and murdered in 2012, on Saturday advocated death penalty for rapes and said though society had progressed, “our daughters are not safe”.

The 23-year-old student was brutally gangraped on a moving bus in the national capital on December 16, 2012. “I feel very sad that we have progressed as a society a lot, but still our daughters are not safe today. I demand rapists should be hanged,” Nirbhaya’s mother said at the venue of DCW chief Swati Maliwal’s indefinite hunger strike that entered its second day on Saturday.

The strike by Ms Maliwal comes in wake of the recent incidents of rape in Kathua in Jammu and Kashmir and Unnao in Uttar Pradesh. The Delhi Commission for Women (DCW) chief continued her strike at Samta Sthal (Rajghat) demanding the government take concrete actions to curb sexual crimes against women.

“I am working with Swatiji for a long time and I support her ‘anshan’ (hunger strike) and all demands,” Nirbhaya’s mother said.

In a letter on Thursday to Prime Minister Narendra Modi, Ms Maliwal had said, “Prime minister did fast for one day. We were hoping that he will speak something on the issue and will give assurance to the countrymen to ensure safety of our daughters. But the silence of the PM and the entire government is very heart breaking.”

In his first comments on the gruesome incidents in Unnao and Kathua, Mr Modi had on Friday called them as a “shame” for the country and asserted that the guilty will not be spared and daughters will get justice.

MLAs Vandana Kumari and Alka Lamba also reached the venue and expressed their support to the strike. They advocated for strong anti-rape laws.

Ms Maliwal reiterated that she will not break her indefinite fast until the Prime Minister does not assure the nation a better system to ensure security of women.

She said these incidents are not happening from the last two days.

The Prime Minister should tell the nation when he would provide a system in which the police’s accountability is fixed and enough fast track courts are there to ensure punishment to accused within six months, she said.