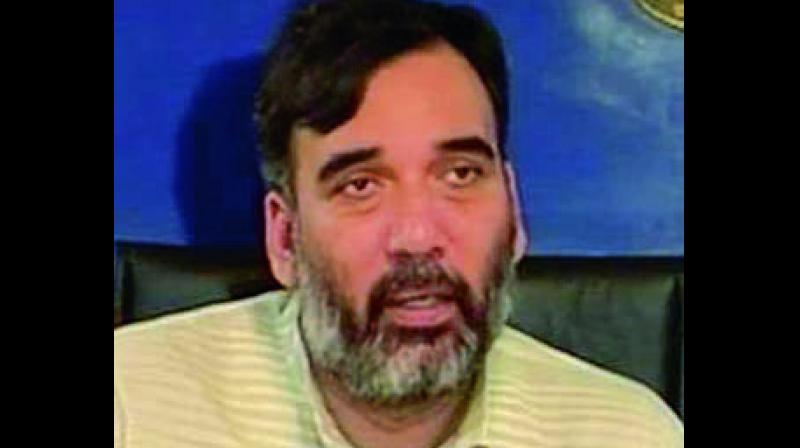 New Delhi: The AAP has already set its agenda of fighting the upcoming elections on the issue of full statehood and it might be late now for talks on an alliance in Delhi, said a senior party leader on Thursday, a day after Congress sought views from its workers on a possible tieup with the ruling party.

On Wednesday, the Congress, through its Shakti app, uploaded an audio clip by All India Congress Committee (AICC) in-charge P.C. Chacko asking party workers in Delhi about their views on an alliance with the AAP, a senior party leader said.

In the message sent to the party workers through its mobile application, the Congress is trying to untangle the contentious issue of alliance with AAP, he added. Reacting to the move, senior AAP leader Gopal Rai said talks on alliance might be late now.

He said: “There is a very big challenge in front of the country and it is late now (for an alliance). After the official statement of the Congress, AAP thought if Congress is moving towards helping BJP, we need to stop the BJP and based on that we announced our candidates and launched our campaign following that… So AAP has moved ahead with the agenda of full statehood and alliance is not an agenda for the AAP.”

It was decided in the meeting that now the AAP would react only when the Congress gives an official proposal for alliance. Senior party member Sanjay Singh, however, said that the Congress was in a “confused state”.

Mr Singh said: “I think the Congress is in a confused state and they are not able to decide when or what decision should be taken.

“The biggest challenge in front of the country is to stop the politics of hatred by the BJP. Congress’ priority should be how the country should be protected from BJP. But the Congress is giving different statements.”

There has been a flip-flop over alliance between the Congress and AAP in Delhi. Earlier, Delhi Congress chief Sheila Dikshit, after a meeting with Congress president Rahul Gandhi, had claimed that there is unanimity against alliance with the AAP.

A highly placed source said that the Congress was ready for alliance if the AAP agrees to leave New Delhi, Chandni Chowk and North West seats for the Congress.