GoAir plane forced to land due to engine snag

The Delhi ATC declared local stand-by for the flight, which landed safely at the runway. 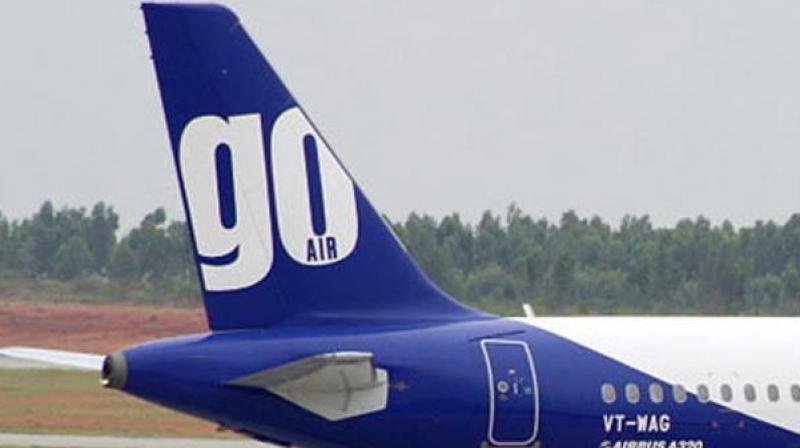 This is the second incident involving a GoAir flight where the plane had to make an emergency landing due to engine trouble.

New Delhi: A Delhi-bound GoAir flight from Mumbai with over 180 people on board was forced to land at the Indira Gandhi International (IGI) airport on Tuesday after the pilot observed a steering glitch in the aircraft. Sources said that the pilot took the precautionary measure and asked for landing.

According to sources, the pilot informed the Delhi Air Traffic Control (ATC), following which full emergency conditions were declared at the airport. The Delhi ATC declared local stand-by for the flight, which landed safely at the runway.

The aircraft, an Airbus A320 Neo, landed safely at IGI. This is the second incident involving a GoAir flight where the plane had to make an emergency landing due to engine trouble. According to GoAir, the captain of its flight G8 329, flying from Mumbai to Delhi, had sought priority landing from the Air Control Tower (ATC).

“Due to a technical snag in the air bleed system, the flight commander had to reduce the power of the left engine and he asked for emergency assistance during landing,” the airline said.

The aircraft with 183 passengers and crew landed safely at 8.06 am. “After initial inspection, the engine problem was being rectified by replacing a (engine) component. The aircraft will be cleared for operations after necessary ground checks,” GoAir said.

Earlier on last Wednesday, an alert group of locals near Delhi airport averted a major tragedy after they spotted smoke billowing out from the tail of a Bengaluru bound GoAir flight, which was carrying 193 passengers, soon after it took off from the IGI airport. The flight was finally made to land safely at the IGI airport.