The four members had arrived from Punjab to meet the defence ministry officials over OROP. 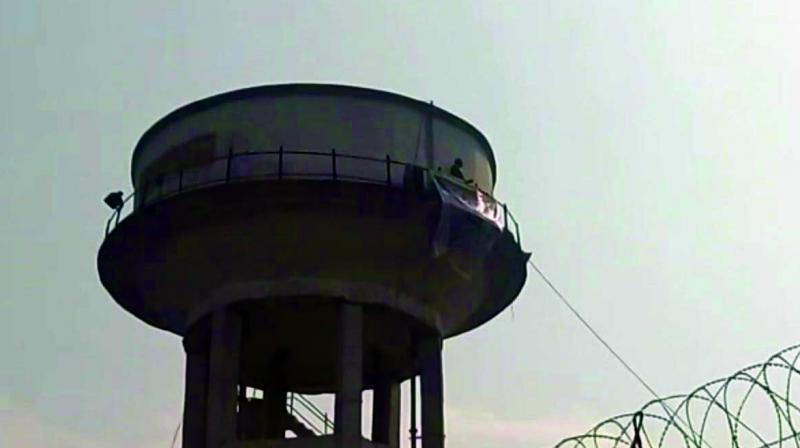 A man is seen on the top of a water tank.

New Delhi: Four retired Army personnel climbed up a water tank near Old Delhi Railway Station and threatened to jump down over the issue of One Rank One Pension (OROP) on Tuesday.

Having climbed up the water tower around 8 am, the non-commissioned officers climbed down the structure only late in the afternoon after defence ministry officials assured them for a patient hearing.

The four members had arrived from Punjab to meet the defence ministry officials over OROP. They were accompanied by eight to 10 other people.

Apparently, unable to meet the concerned officers, the four veterans climbed up the water tower before anyone else could realise anything. After that began threats of suicide even as police and defence ministry officials arrived at the scene.

Once the men could be convinced to climb down the tower, they and the other people accompanying them were taken to the office of the defence ministry where they met the officials and put forth their demand.

“The men left for their hometown after thanking us for facilitating the meeting. They had received a patient hearing with the ministry officials,” said a police officer.