The average AQI of the day as per Central Pollution Control Board (CPCB) was recorded at 262, under “poor” category. 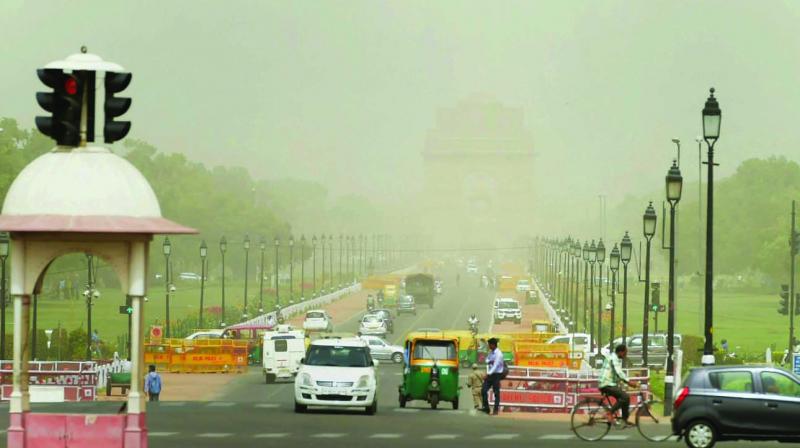 The authorities predicted further fall in the air quality index of the national capital in the coming days. (Photo: PTI)

New Delhi: After briefly recovering in the last few days, the city’s air quality worsened on Saturday, in the wake of stubble burning in the neighbouring states of Punjab and Haryana.

The authorities predicted further fall in the air quality index of the national capital in the coming days.

On Saturday morning, Delhi’s Air Quality Index (AQI) was recorded at an hazardous level of 699, as per System of Air Quality and Weather Forecasting and Research (Safar).

The average AQI of the day as per Central Pollution Control Board (CPCB) was recorded at 262, under “poor” category.

CPCB officials said that the drop in air quality was seen due to change in direction of wind, which is now flowing from areas in Haryana and Punjab where the burning of agricultural waste is taking place.

The concentration of PM10 (Particulate Matter) and PM2.5 in Delhi’s air was recorded at 243 and 120 ug/m3 (microgramme per cubic metre) respectively, according to Safar.

PM 2.5 particles are the finest pollutants capable of making inroads into human lung and blood tissues and increase the risk of heart and lung diseases.

According to SAFAR forecast, the pollution levels are going to increase further and the air quality can enter the ‘very poor’ category in the next three days.