CM Kejriwal seeks US help in fight against pollution

Mr Kejriwal said that he would like to have more cooperation from the US in areas like pollution. 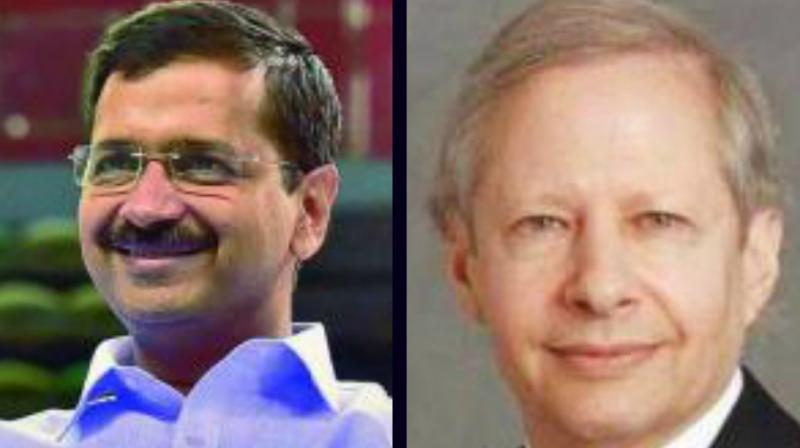 In the meeting, the two discussed partnership in several areas, including pollution. The CM infor-med the ambassador of the agreement between the Delhi government and the University of Washington on pollution.

The Washington University will be providing real-time pollution data to the government of Delhi. The data will help identify the source of pollution in Delhi round the year.

Mr Kejriwal said that he would like to have more cooperation from the US in areas like pollution.

“I would like to meet one of the experts in the area, when they come to India, to know the best practices to be implemented in Delhi,” said the CM, adding, “We are also open to ideas regarding the other sectors. We can be technology partners in various areas.”

The ambassador said that he will definitely inform and keep in touch regarding the areas in which partnership is required.

The two also discussed the relationship between India and the US in addition to the people-to-people cooperation between the two countries.

Nearly 15,000 people died prematurely in Delhi due to pollution by fine particulate matter in 2016, according to a new study which ranked the national capital third in a list of cities reporting most deaths due to air pollution.

Shanghai was ranked first in most premature deaths at 17,600. “Air pollution is emerging as the main threat and to overcome it there is a need for a strong air quality management system and the environment ministry is finalising an action plan to fight air pollution in Delhi,” said Anumita Roychowdhury, director at the Centre for Science and Enviro-nment.

The PM2.5-related health impacts are notable for megacities across the globe, but Asian megacities have been suffering much more, the study said.

The phenomenon of smog-hit cities became so common recently that the term ‘airpocalypse' has become synonymous with polluted air, it said.

Though China has taken initial steps with pollution control targets and strategy, there was an urgent need for government policy in India, Bangladesh and Pakistan, the study said.

This study highlighted the need for setting up decisive air quality targets by megacity authorities and advocates for joint regional efforts to control air pollution.