Bag went missing from OPD; one among a series thefts at the hospital. 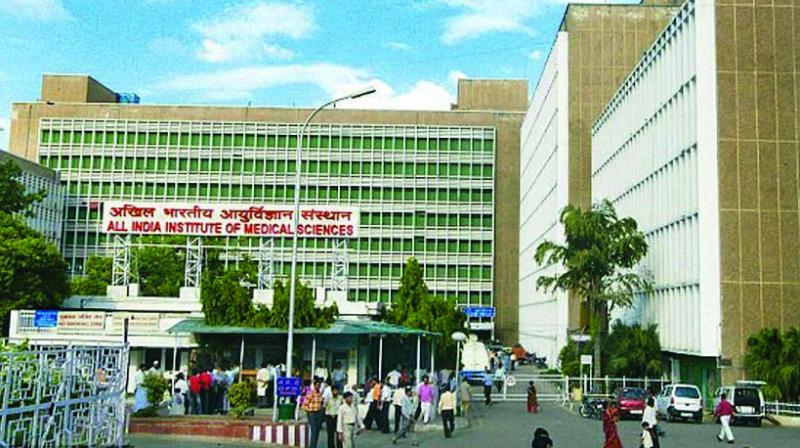 Naming six guards who were on duty at the time of the incident, the doctors suspected their involvement in allowing thieves into the Gynaecology OPD.

New Delhi: In another incident of theft at the All-India Institute of Medical Sciences (AIIMS), belongings, including an iPad Aaadhar card, an ATM card and voter card of a senior gynaecologist were allegedly stolen from inside the hospital’s premises on Friday.

In fact, in the past three months, 10 laptops and iPads were stolen from the hospital and the latest incident has raised security concerns at the premier hospital. When a similar case was reported  last time, the hospital administration made tall promises to install CCTVs, but to no avail.

In a police complaint filed with the Hauz Khas police station, the department said that a yellow bag containing an iPad worth Rs 70,000, an ATM card, voter’s card, and an Aadhar card of the senior doctor were stolen during the day time  from the room no. 5 in Gynaecology OPD.

Naming six guards who were on duty at the time of the incident, the doctors suspected their involvement in allowing thieves into the Gynaecology OPD.

“The guards on duty during the episode, when questioned, counterquestioned as to how could they allow unsolicited persons into the OPD,” the complaint stated.

This is the recent case in a series of theft incidents at the premier hospital in past some months.

The doctors informed that in the last meeting on the issue in March, the administration said that CCTV cameras will be installed throughout the hospital’s premises by April 2. However, no CCTVs have been set up.

A doctor, requesting anonymity,  Patients’ belongings are also being stolen. Instead of enquiring why such incidents happen, the authorities are busy shifting blame on each other.

The last such incident took place on March 20 when three laptops were stolen from the pediatrics ward, while the doctors were attending a seminar.

The doctors said in the last meeting in March, the hospital administration said CCTV cameras will be installed throughout AIIMS premises by April 2, but to no avail. In the past three months, 10 laptops and iPads were stolen from AIIMS.