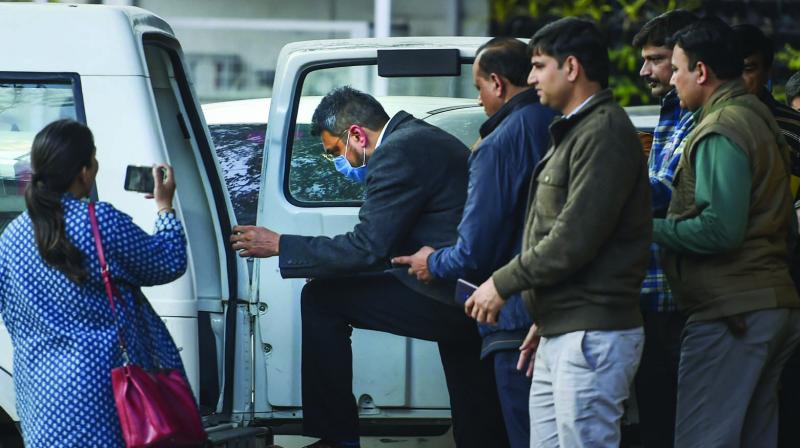 NEW DELHI: The infamous bookie Sanjeev Chawla, who is the key accused in one of cricket’s biggest match-fixing scandals that involved former South African captain Hansie Cronje, was extradited from London. It is said to be first high-profile extradition of its kind between the two countries in 20 years.

Chawla, a 50-year-old British national, was evading the arrest for nearly two decades. After completing the formalities, he was taken to the AIIMS for a medical check-up. Chawla was “absolutely normal” during his journey to Delhi, police said.

“He had food twice in the flight. He also had lunch after his medical test. He is normal and not under stress. He will be questioned in detail now by the crime branch,” DCP (crime branch) Ram Gopal Naik said.

The Delhi-born businessman was also seen wearing an anti-pollution mask as he stepped out of the airport. “He will be taken to five locations, starting Mumbai, where matches were played in the series, and confronted with certain people in order to unearth the larger conspiracy,” the DCP added.

While Tihar prison director general Sandeep Goel said Chawla will be placed in a separate cell once he is sent to judicial custody. According to the Delhi Police Crime Branch, in 1999, an extortion case was registered and during the probe of the case it was revealed that some persons with the help of South African skipper Hansie Cronje were conspiring to fix the India-South Africa Cricket Test Series which was to be played in February-March, 2000 regarding which a case was registered. The police said that they were probing an extortion racket in 2000, when they intercepted telephonic conversations of Chawla and Cronje, which uncovered this plot.

The three-member team consisting DCP Naik, Insp Gagan Bhaskar and Insp Keshav Mathur, was constituted by the Delhi Police commissioner reached London on Wednesday, after which the Metropolitan Police of London handed over the Chawla to them at the Heathrow Airport and was brought back the accused to India on Thursday.