Thousands of people across Delhi-NCR use these app-based cab services. 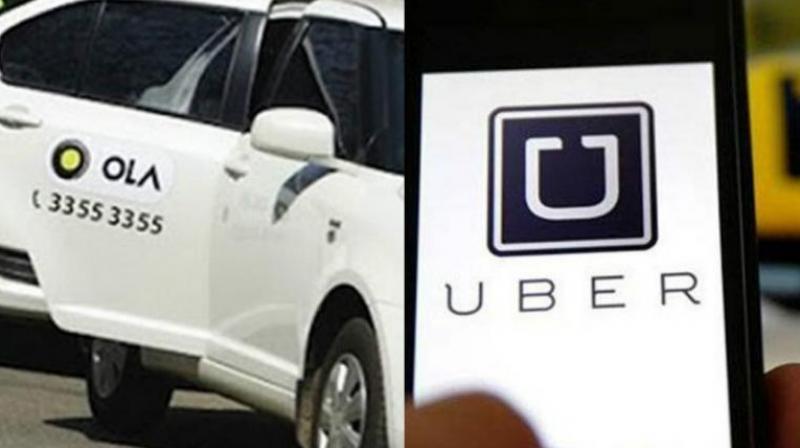 Due to acute shortage of such cabs, public transports like the Metros and buses saw more rush than usual. (Representational Image)

New Delhi: A strike by Ola and Uber drivers against the Rs 6 per km rate, delayed commuters for the fourth consecutive day on Monday. Throughout today, Delhiites faced a tough time looking for alternative modes of transport as drivers didn’t take bookings via the cab-hailing apps.

Thousands of people across Delhi-NCR use these app-based cab services. Due to acute shortage of such cabs, public transports like the Metros and buses saw more rush than usual.

Earlier in a meeting with the Delhi government on Sunday, the black and yellow cab drivers’ association promised not to keep their vehicles off the roads, even though they had initially pledged support to the drivers on strike.

The president of the Delhi Taxi Driver Union, Kamaljit Gill, who is on an indefinite strike at Jantar Mantar, said that the union has been trying to get the app-based taxi companies to listen to their demands for a long time,  but they have been slashing the incentives of the drivers instead. Strike leaders are demanding an increase in incentives, shorter working hours, and an increase in the cab fares.

“I booked a cab from the local taxi stand to go to the airport. I paid Rs 500 for the ride that would have cost me Rs 300-350,” said Sumit Kumar, a resident of Mayur Vihar, who went to drop his relatives at the airport. With fewer taxis on road, many chose to avail the shuttle bus service and Airport Metro line from the IGI airport, he added. Uber driver Kuljeet Gupta, who rued that the incentives have plummeted over the last several months, said he hasn’t taken the vehicle out for four days in a row. “The incentives have been reduced from Rs 500 to Rs 275 to Rs 250 to Rs 10. On a fare Rs 100, we pay Rs 25 as commission,” he said.

According to Mr Gupta, if the app-based taxi firms can’t increase the incentives, they should increase the fares. He also alleged that the taxi unions are threatening and intimidating the drivers who are taking the bookings via the cab-hailing apps.

Both Uber and Ola apps displayed a message saying ‘no cars available’ when attempts were made to book a ride from Janakpuri around midday on Monday. “We’re sorry that our service has been disrupted and for any inconvenience this has caused,” an Uber spokesperson said in a statement. Meanwhile, Delhi government has ordered an increase in the frequency of bus services to ease the inconvenience to commuters and planned to meet the protesting drivers on Tuesday in an attempt to end the dispute.

On Sunday, five drivers’ unions out of six withdrew their support from the strike called by Sarvodaya Driver Association of Delhi (SDAD) which claimed to represent thousands of drivers in the Delhi-NCR region.