'My sense is that for the thieves, the citation was just a piece of paper and they might have thrown it somewhere,' a police officer said. 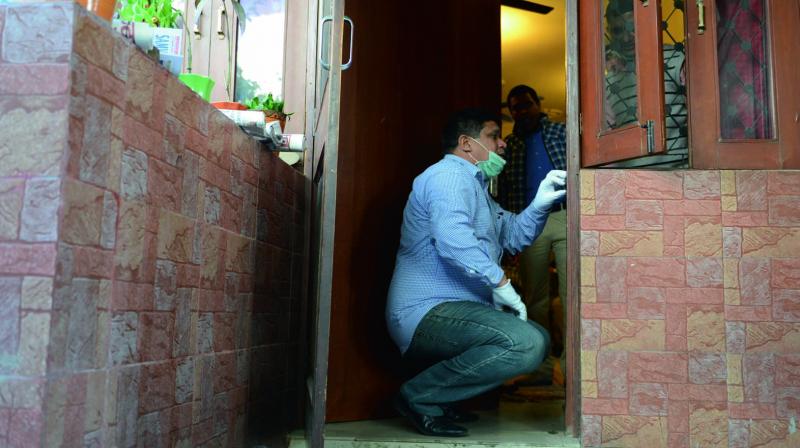 New Delhi: The alleged burglars who had decamped with Kailash Satyarthi's Nobel medal replica and the citation from his home have "failed to recall" whether they had taken away the certificate too.

Three persons were arrested on Sunday in connection with the theft last week of Nobel medal replica and other valuables from the child rights activist's Kalkaji residence.

While other stolen items, including the medal replica, have been recovered, the citation has not been found yet.

The accused are claiming they had not taken away the citation, police said.

Police are suspecting that after the accused decamped with items from three houses they burgled into including Satyarthi's, they separated the loot that could be sold and those that were of "no use" to them.

"We are questioning them and are also trying to retrace the events that might have unfolded that night. The routes they might have used for commuting are also being studied to see whether they might have dumped the citation there," he said.

There are also chances that they might have kept the citation somewhere and aren't able to recall it, he added.

While Satyarthi thanked Delhi Police for its speedy probe and recovery of the Nobel replica, he had said he is hopeful the citation too would be recovered soon.

"My sense is that for the thieves, the citation was just a piece of paper and they might have thrown it somewhere," he added.

"I have complete faith in the government, the police and the people of this great nation. I hope the Nobel citation is recovered soon. Nothing can deter my mission to work towards my children," he added.

The child rights activist won the Nobel Peace Prize in 2014. He shared the prize with Pakistan's Malala Yousafzai.

Satyarthi had presented his Nobel Peace Prize medal to President Pranab Mukherjee in January, 2015. The original medal has been preserved and is now on display at the Rashtrapati Bhavan Museum.