Locals oblivious to the history attached to the place, let alone the day, wandered about in the park strewn with litter. 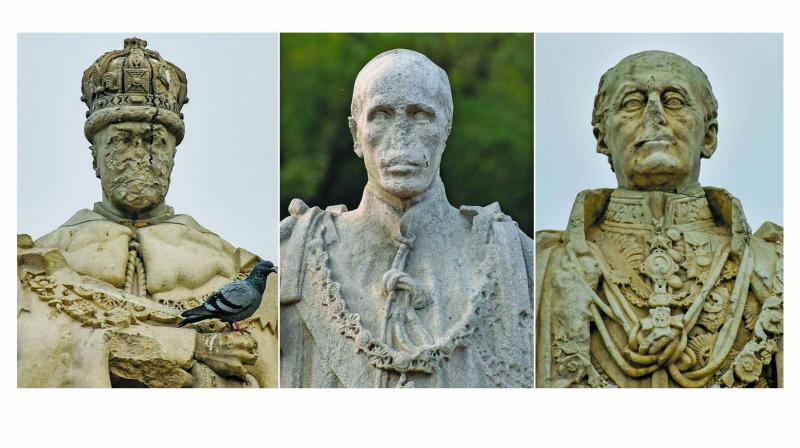 New Delhi: Unkempt lawns, graffiti scrawled on the Coronation Pillar and panel walls, and garbage littered all around — the iconic park where the “imperial capital of New Delhi” was born lay in shambles on its 107th anniversary on Wednesday.

King George V and Queen Mary were coronated as the Emperor and the empress of India on December 12, 1911 at a spectacular Delhi Durbar, where the British monarch had also announced the shifting of the capital from Calcutta to Delhi.

As the sun played hide and seek, decaying marble statues of George V, with his nose chipped off, and four noted viceroys stonily looking on, a group of local youth played cricket near the Coronation Pillar in the park.

Locals oblivious to the history attached to the place, let alone the day (107th anniversary of New Delhi), wandered about in the park strewn with litter.

Ramesh Kumar, who migrated to India after partition, said, “This is where New Delhi was born on this day. How many of these people who have come to the park would know this. A new capital, after being shifted from Calcutta, was to be built here originally, but due to the area being low-lying and prone to water stagnation, the site was shifted,” he said.