On three occasions, he had said he would resign if action is not initiated basis the findings of Justice Ranjit Singh Commission. 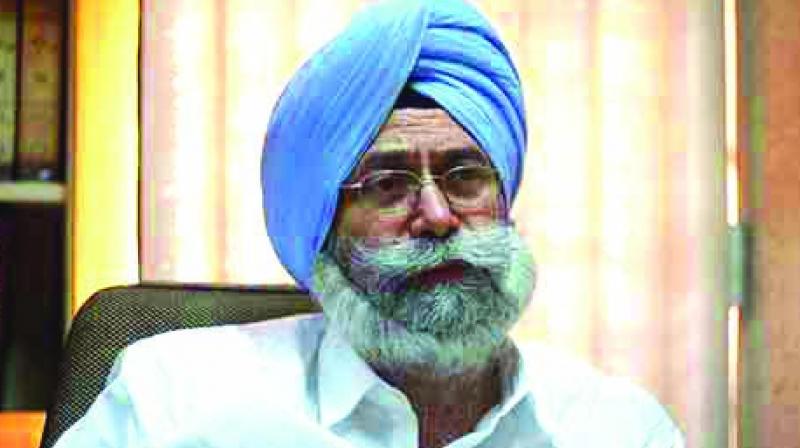 “I have sent my resignation as legislator of Punjab Vidhan Sabha to the Speaker through e-mail,” the Dakha MLA told a news agency over phone. However, Speaker Rana K.P. Singh is yet to take a call on the resignation, Assembly officials said.

In New Delhi, he visited the Election Commission office where he told reporters, “More than 45 days have passed since ministers of the Congress government promised in the Vidhan Sabha action against Parkash Singh Badal and the then director general of police Sumedh Singh Saini. But no action has come about so far. This is a betrayal for the people of Punjab.”

If his resignation were to be accepted, AAP’s strength in the Vidhan Sabha will drop to 19 MLAs, eight of whom have formed a rebel group led by Sukhpal Singh Khaira. Mr Phoolka, who is fighting 1984 anti-Sikh riots cases in courts at New Delhi, had been asking the state government to initiate action against Badal and Saini in connection with police firing on people protesting at Kotkapura and Behbal Kalan against sacrilege incidents.

On three occasions, he had said he would resign if action is not initiated basis the findings of Justice Ranjit Singh Commission. According to the report of the commission, that was set up to probe into the incidents of sacrilege of the Guru Granth Sahib, Badal and Saini were “aware” of the proposed police action to disperse the protesters at Behbal Kalan and Kotkapura using force. It held that the police opened fire in Behbal Kalan, where two people were killed, “without any warning and without taking permission from civil authorities”.

Mr Phoolka had earlier resigned as the Leader of Opposition saying that he could not do justice with the post as he was fighting anti-Sikh riot cases.