The six-coach train will run from Samaypur Badli to HUDA City Centre for two months covered in images of freedom fighters and Indian icons. 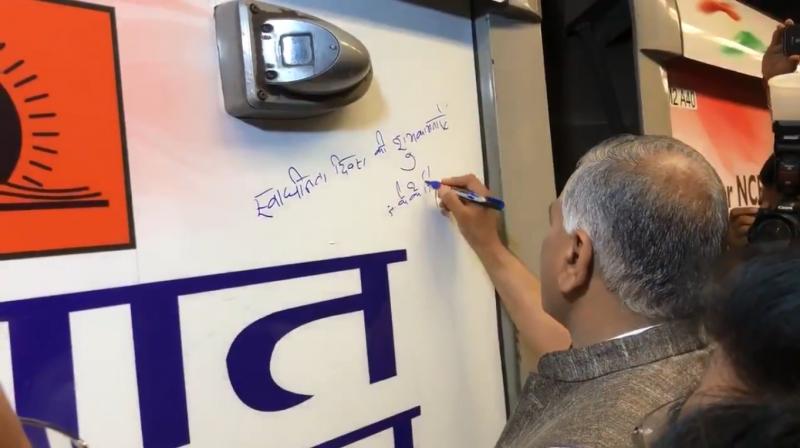 Union Minister of State for External Affairs General V K Singh paid tributes to the freedom fighters and martyrs by writing a message on the decorated train. (Photo: Twitter/@Gen_VKSingh)

New Delhi: Ahead of the Independence Day celebrations, the Delhi Metro on Monday put into service a six-coach special train, fully wrapped with photographs of freedom fighters and other Indian icons to spread the message of patriotism.

Union Minister of State for External Affairs General V K Singh paid tributes to the freedom fighters and martyrs by writing a message on the decorated train, he said.

The minister wrote – 'Happy Independence Day' in Hindi on a panel on the train at the Lok Kalyan Marg Metro Station and wished people on the occasion.

"The metro train is carrying a lot of inspiring messages to spread the idea of nationalism and unity among metro commuters," the official said.