The youth, identified as Dhruv Bagla, was arrested but released on bail. 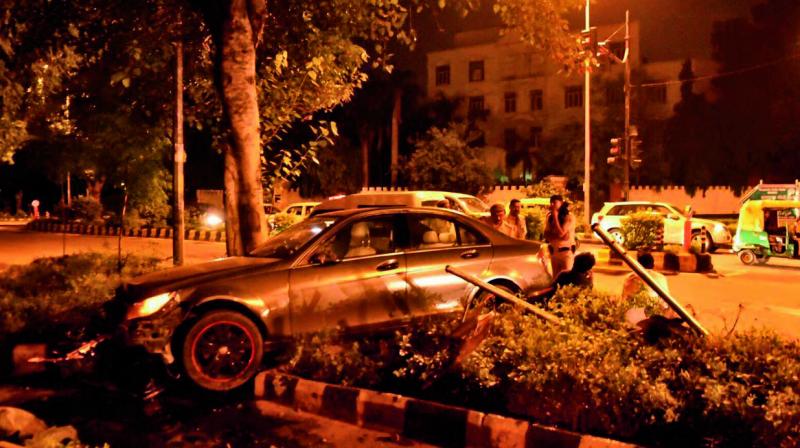 The driver of the other vehicle suffered minor injuries.

New Delhi: In yet another incident involving high-end cars, a drunk youth driving a Mercedes rammed his car into a Maruti Swift while trying to avoid a traffic check post in Delhi on Friday night.

The youth, identified as Dhruv Bagla, was arrested but released on bail. The driver of the other vehicle suffered minor injuries. The police identified him as Mahipal, who was on his way to the New Delhi Railway Station to pick up his employer Ajay Agarwal, a former director general of Tihar jail.

The accident is the latest in a series of incidents in Delhi involving high-end cars and drunk drivers, some of which have led to fatalities. DCP B.K. Singh said Bagla and and his co-passenger and friend Karan Jain, 20, were returning allegedly after having drinks at a pub in Connaught Place.  The accident happened at the intersection of KG Marg and Tolstoy Marg, a few hundred metres from the outer circle of Connaught Place, at around 11 pm. As the Mercedes turned towards KG Marg from Connaught Place, a traffic police team signalled the car to stop. “The car tried to sped away, but crashed into the Swift,” said the police.