The campaign has been launched from the NDMC area for urban local bodies in the Delhi and NCR by the Union Urban Development Ministry. 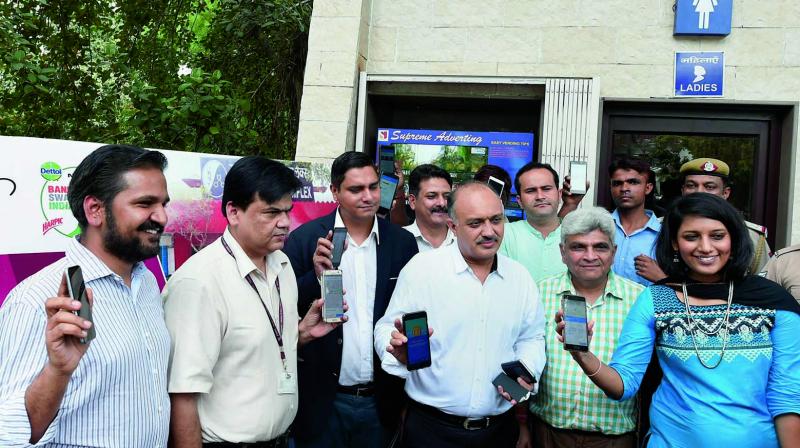 New Delhi: Over 300 public toilets in the New Delhi Municipal Council (NDMC) area can now be located on ‘Google Maps’.

The civic body has launched a toilet locator awareness campaign, under which community toilets besides those located at petrol pumps, railway stations and bus stands are being added to the database.

The campaign has been launched from the New Delhi Municipal Council (NDMC) area for urban local bodies in the Delhi and national capital region (NCR) by the Union Urban Development Ministry.

According to Swachh Bharat Mission director and joint secretary, Union urban development ministry, Praveen Prakash, this campaign is an exercise of locating the community and public toilets which include municipal toilets along with the toilets located in the petrol pumps, malls, railway stations, bus stands and at an other public places in Delhi and NCR.

The Google toilet locator awareness campaign had already been commissioned as a pilot project last year and has now geo tagged more than 5,000 toilets on Google maps across five cities of NCR (Delhi, Gurgaon, Faridabad, Ghaziabad and Noida) and two cities from Indore and Bhopal in Madhya Pradesh. “The users will also be asked to give feedback for toilets they locate using Google. The campaign will be run from July 12 to August 11. Once the campaign ends, the cleanest toilet will be awarded,” said NDMC chairman Naresh Kumar.

At present, 333 public toilets in the NDMC area have been mapped on Google to enable citizens and visitors to locate the nearest public toilet in an area. “The step is aimed at reducing public urination,” added Mr Kumar.