The shoes and a ‘gamchha’ worn by accused, Naresh Kumar, at the time of the killing have also been found from his house in Palwal, the police said. 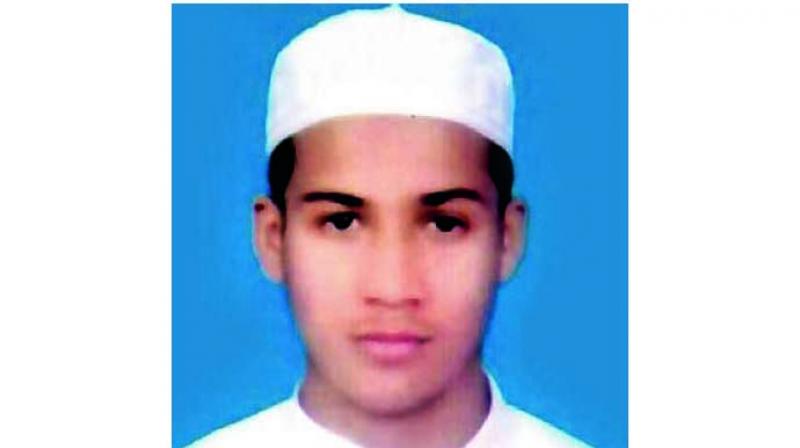 Faridabad: A knife which was used to stab teenager Junaid Khan to death on a train in June has been found from a pond in Jatola village, Haryana Railway Police said on Wednesday.

The shoes and a ‘gamchha’ worn by accused, Naresh Kumar, at the time of the killing have also been found from his house in Palwal, the police said.

Junaid (17) was stabbed to death onboard the Mathura-bound train when he and his brothers were returning home to Khandawli village after shopping for Id in Delhi. His body was dumped close to Asaoti village in Faridabad district.

The 30-year-old accused was arrested from Maharashtra’s Dhule district on July 8, about a fortnight after the June 22 incident which had triggered a nationwide outrage.

During investigation, Kumar told police that he had bought the knife from Delhi on the same day. After the crime, he put it in a bag and dumped it in a pond in Jatola village, the police said. The accused works as a security guard in a Delhi firm.

SP Goyal said police was yet to recover the T-shirt which he was wearing at the time of incident. He will be taken to Maharashtra for its recovery. The knife and other items recovered by the police would be sent to a forensic lab in Bhondsi in Gurgaon for examination, the police said. Mr Goyal said accused was sent to police remand for five days by a court here on Tuesday. Kumar, a prime accused in the killing of Junaid, had “confessed” to having stabbed the victim.