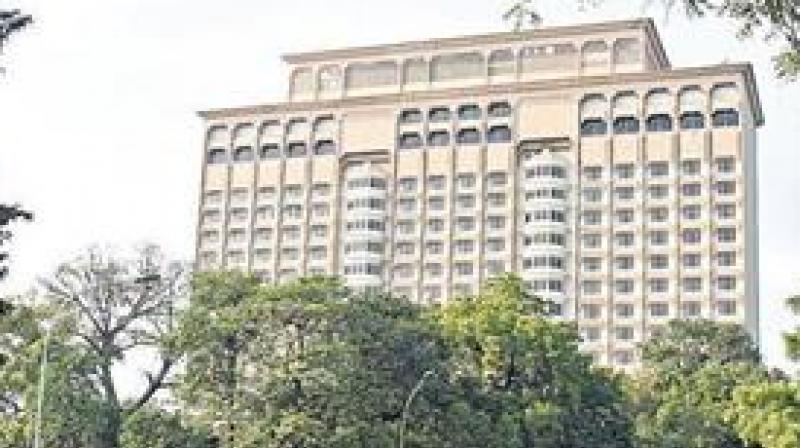 The company had since been given nine temporary extensions. (Photo: PTI)

New Delhi: After the much delayed public e-auction of the iconic Taj Mansingh Hotel in September last year, the Tata Group has signed a formal agreement with the New Delhi Municipal Council (NDMC).

After years of litigation and a bitter battle with the NDMC, which had reached the Supreme Court, the Indian Hotels Company Limited (IHCL) retained the lease on the iconic property for another 33 years in a fiercely fought auction with rival ITC Hotels in September last year.

“The revised agreement was signed on Thursday. From April 11, NDMC will get 32.5 per cent more revenue as against 17.25 per cent.

This is an achievement for us that we could finally plan the public auction, settle the legal litigation, auction the property, and finally implement it on the ground,” a senior NDMC official said.

The company had since been given nine temporary extensions. The civic body could not auction the property then as it was tied up in a legal battle with IHCL.