It is said that Dikshit, the three-time CM of Delhi, is also unhappy with the party top brass over distribution of tickets. 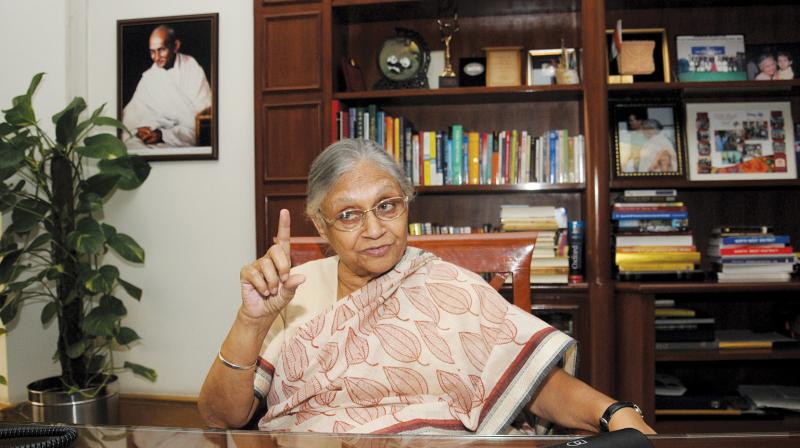 New Delhi: Questions are being raised whether three time chief minister Sheila Dikshit will campaign for the upcoming MCD polls as a section within the party feel that her remarks on party vice-present Rahul Gandhi before UP elections, had not gone well with the rank and file of the party leadership. Though Delhi Congress president Ajay Maken says that she will definitely be invited as a star campaigner for the civic polls, some local leaders are wary that any negative reference by her could mar the prospects of the party candidates.

Ms Dikshit is said to have recently termed Mr Maken a “Joker”, a reference which has not gone well with the Delhi Congress president’s supporters. Ever since Mr Maken has taken charge of the city unit, Ms Dikshit and her son, Sandeep, had been keeping a distance from the day-to-day functioning of the local unit. Some local veteran leaders, A K Walia and Haroon Yusuf, who were part of Ms Dikshit’s Cabinet, have openly voiced their concerns over the way tickets had been distributed for the civic elections.

It is said that Ms Dikshit, the three-time CM of Delhi, is also unhappy with the party top brass over distribution of tickets.

A close aide of Mr Maken said that the party had adopted the most transparent system in ticket distribution. He said about 40,000 voice samples of party workers feedback on their candidates had been recorded before a final call was taken on the selection of the candidates.

“Except for one candidate in both Mr Walia and Mr Yusuf’s Assembly seat, rest of the candidates were those whose names they had proposed. Two tickets were given to party workers, so what’s wrong in that,” a local leader told this newspaper.

For its selection process, the Congress had formed a committee headed by Anand Sharma to select candidates for elections to Delhi’s three municipal corporations. Senior party leader PC Chacko is in-charge of the Congress affairs in Delhi.