Decision in the best interest of inmates, say authorities. 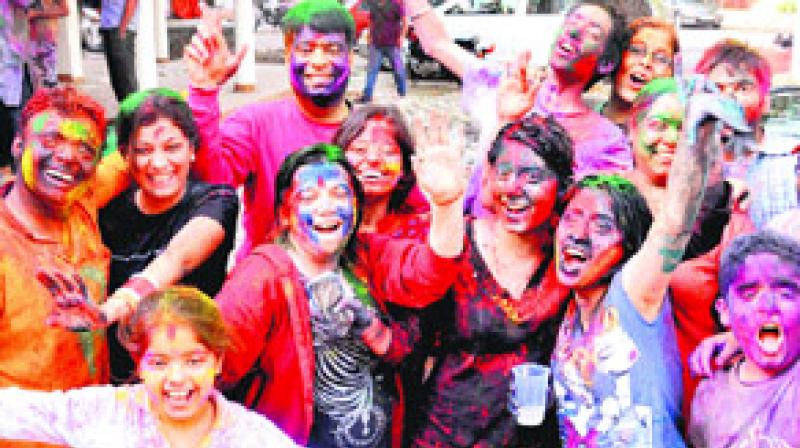 Similarly, Meghdoot Hostel has issued a notice informing its inmates that “the main gate will remain closed from 6 am to 5.30 pm on March 13. (Representational image)

New Delhi: International Student House for Women (ISHW) and Meghdoot Hostel of Delhi University have prohibited boarders from stepping out on Holi, inviting sharp criticism from students who termed the move as “arbitrary.”

However, ISHW maintained that the decision was taken in the best interest of the residents.

“Residents and female guests will not be allowed to leave or enter the premises from 9 pm on March 12 till 6 pm on March 13. No late night permission will be granted on March 12 and those desirous of playing Holi should go outside the residential block within the hostel premises,” the ISHW notice read.

The students, who alleged that women are locked up for their “own safety” and “arbitrary restrictions are imposed on their mobility,” asked the university authorities to stop illegal confinement of women students on Holi.

Similarly, Meghdoot Hostel has issued a notice informing its inmates that “the main gate will remain closed from 6 am to 5.30 pm on March 13.”

“Taking any narcotic drugs in the form of ‘thandai,’ is strictly prohibited. Playing Holi inside the corridors, rooms, or rooftops is not permitted. Residents are advised not to avail late night on March 12 and March 13. Visitors of the residents (male or female) will not be allowed on March 12 and 13,” the hostel notice read.

‘Pinjra Tod,’ a group of students who have been fighting against discriminatory rules for girls in university hostels across Delhi, said: “The rise in sexual violence and harassment that women experience on the streets around Holi is barely addressed and instead, once again, women are locked up for their ‘own safety’ and arbitrary restrictions are imposed on their mobility.”

Last week, the group had protested outside the office of the women and child development ministry, objecting to a statement by its minister Maneka Gandhi, who advocated hostel curfew for school and college students — both boys and girls — to protect them from their “own hormonal outbursts.”