Delhi: Residents wake up to pleasant morning as temp drops down

Weather forecast said the sky is likely to be enveloped by clouds over Delhi-NCR on Tuesday as well. 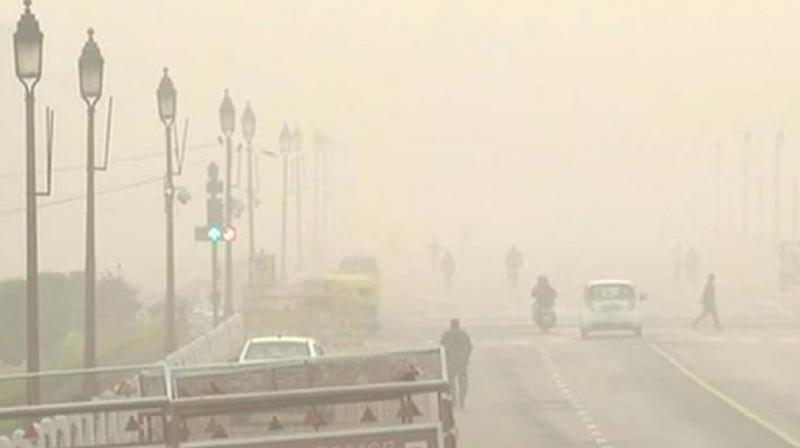 The mercury came down by several degrees on Tuesday after rain continued to lash parts of Delhi. (Photo: ANI)

Weather forecast said the sky is likely to be enveloped by clouds over Delhi-NCR on Tuesday as well.

Twenty-seven trains have been delayed, 15 cancelled and one rescheduled due to low visibility.

The Ministry of Railways had earlier adviced the passengers to check the status of the train before undertaking their journey.

The status of these trains will also be communicated to the passengers on their respective registered mobile numbers.

Fog has also disrupted the flight operations at Delhi airport as two flights have been diverted to Bengaluru due to low visibility and fog at Chennai airport. The arrival has been delayed upto 30 minutes.

As per the latest Air Quality Index (AQI) data, Delhi's Dwarka is at 168, ITO is at 172, Shadipur is at 109, Siri Fort is at 167. All fall in the 'Unhealthy' category in the Air Quality Index according to latest figures.