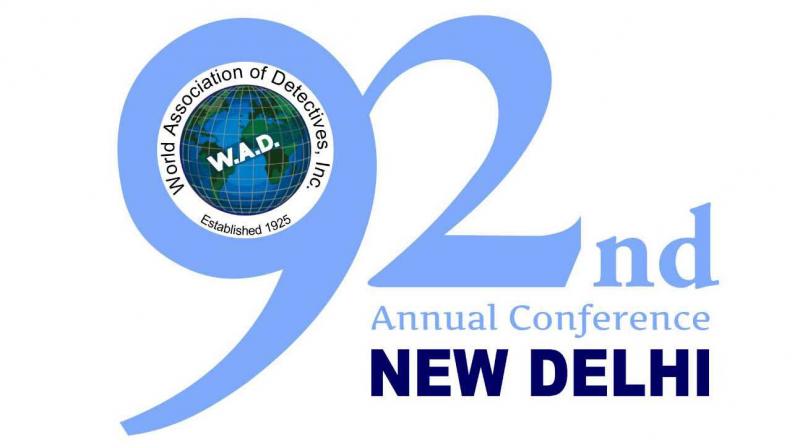 New Delhi: World’s top 150 detectives from over 50 countries will gather for a three-day international conference from Thursday in the national capital to brainstorm on emerging challenges regarding overall security scenario, anti-corruption and cyber threat issues.

Being organised under the banner of the World Association of Detectives (WAD), the 92nd WAD Annual Conference holds special significance as important issues related to India, which includes blackmoney, counterfeit currency, anti-corruption challenges, cyber security threats, will be discussed threadbare.

“Over 150 super sleuths, global investigators and detectives will gather to discuss emerging challenges in our sector and how to prepare to face them. The conference will bring together international experts from various fields like security, police, defense, private investigation and forensic sciences fields,” Security Sector Skill Development Council (SSSDC) head Kunwar Vikram Singh said. Interestingly, Mr Singh, who is also chairman of Central Association of Private Security Industry (CAPSI), will take over as first-ever Indian Chairman of WAD at the end of the international conference.

Delhi event will see discussions and seminars of  relevant topics like Cyber Security and the Dark Web; Anti-Corruption Partnerships; Threats to the Security Environment and Role of Interpol; Doing Business in India—Opportunities and Challenges.

During their three-day stay in Delhi, global detectives, private investigators and security experts are likely to call upon key Indian ministers and government authorities to discuss challenges and threats being faced by India vis-a-vis issues like terrorism, corruption, trafficking and counterfeiting. This is the second time that WAD is holding its annual conference in India.

The first was held in 1984  in New Delhi. WAD, the largest and longest established association of its kind in the world, represents investigation and security practitioners in more than 80 countries. It promotes and maintains the highest ethical practices among its members and fosters cooperation between investigators globally.