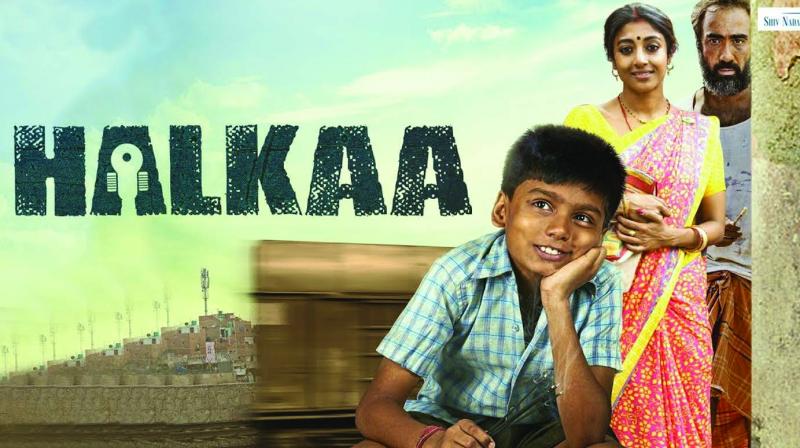 Acting on the advice of the government, the three municipal corporations in the city are planning to organize special screening of Halkaa under their jurisdictions.

New Delhi: In an attempt to end open defecation under its ambitious ‘Swachch Bharat Abhiyan’, the central government has directed all the local bodies, district administration and collectors to organise special screening of Halkaa to children, prominent personalities and principals before release of the film.

Acting on the advice of the government, the three municipal corporations in the city are planning to organize special screening of Halkaa under their jurisdictions. The film depicts an eight-year- old boy's dedication, struggle and aspiration for achieving goal of owning personal toilet for his family despite resistance from his father.

A family entertainer with melodious music by composer trio Shankar- Ehsaan-Loy is directed by Nila Madhab Panda (who got famous for making I am Kalam and Kadvi Hawa) is released on September 7. The municipal corporations have an elaborate plan for screening of the film to reach out maximum number of people in the city.

The Director (Press and Information), North Delhi Municipal Corporation, Yogendra Singh Mann, said that the corporation is working hard with the Centre to make 'Swachch Bharat Mission' a grand success and screening Halkaa as per the government directive in its jurisdiction.

On the other hand, Director (Press and Information), South Delhi Municipal Corporation, Radha Krishnan said that the South Corporation will screen the movie on October 2 in its all four zones. "Screening will be organised in the areas where large number of slums found under the jurisdiction of the corporation. We are approaching the makers of the film to arrange prints for special screening," added Mr Krishnan.

The central government in its directive said that Halkaa is well poised to contribute to the aim of achieving an open defecation-free India and accelerate the pace of achieving the Swachh Bharat Mission's target through its well communicated strong message.

For message of the movie, the Union government in its letter to local bodies, district administration and collectors said that they support and facilitate the schools to watch the film in theaters through locally available NGOs and CSR resources.

The government also directed to arrange a special premier for invited audience such as prominent personalities, principal of all the schools, and media. "Encourage the government functionaries, institutes and other organisations to watch the film and spread the message in their network. Motivate students, teachers and parents to make their areas, villages open defecation- free by October 2 and be part of Jan Aandolan through Halkaa," said the government communication.