Juvenile among 3 nabbed for attempt to kill police constable

The trio alleged accused were conducting a recce to take revenge on one Sanjay Rana following a dispute with him. 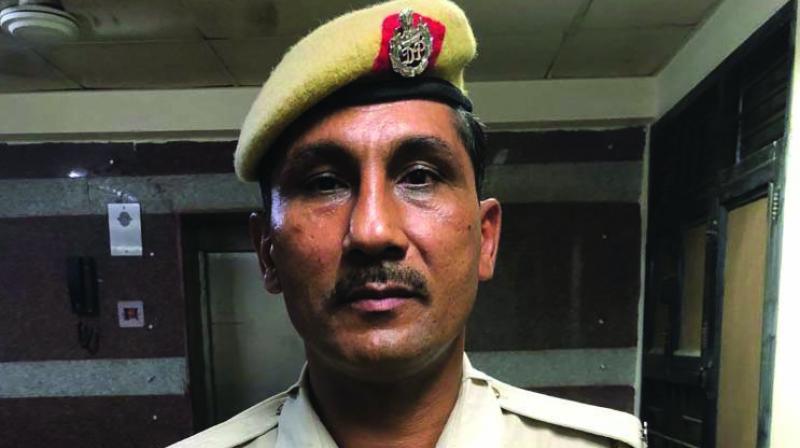 New Delhi: Two men, including a murder accused have been arrested while their juvenile associate has been apprehended after they allegedly tried to run their car over a police constable, when he signalled them to stop and even dragged him for few meters in Rohini area on Saturday night. The accused even snatched away the service revolver of the police personnel.

The incident took place on the intervening night of Saturday and Sunday, when police constables Rajesh and Kavinder were chasing a murder accused following a tip off in Aman Vihar area of Rohini.

Deputy commissioner of police (Rohini) S.D. Mishra said, the arrested accused were identified as, Sonu Dabas, a financer and also a murder accused and his accomplice Ashok, while a juvenile who accompanied them was apprehended in connection with the incident. The robbed pistol of the constable was also recovered.

The trio alleged accused were conducting a recce to take revenge on one Sanjay Rana following a dispute with him. The duo constables attached with Aman Vihar police station were patrolling when they got a tip-off about the presence of three persons, one of them a murder accused, who were driving around in a car in the area.

Kavinder took out his pistol and signalled the suspects to stop the vehicle but the driver, identified as Lala, a local, tried to hit him. Kavinder jumped aside and hit the window pane of the car, smashing the glass. The person sitting inside the car grabbed the hand of the constable who was holding a pistol, the DCP said.

They dragged Kavinder along for four-five metres and snatched his pistol before releasing his hand. The constable sustained a cut on his hand, the DCP said.

Dabas was nabbed from his village in Rasoolpur while his accomplice, Ashok was arrested from Pooth Kalan village, the officer said. The car used by the accused was recovered along with the robbed pistol and loaded bullets, the officer added.

The third accused, a minor working in the office of Dabas, was also apprehended, the officer said.