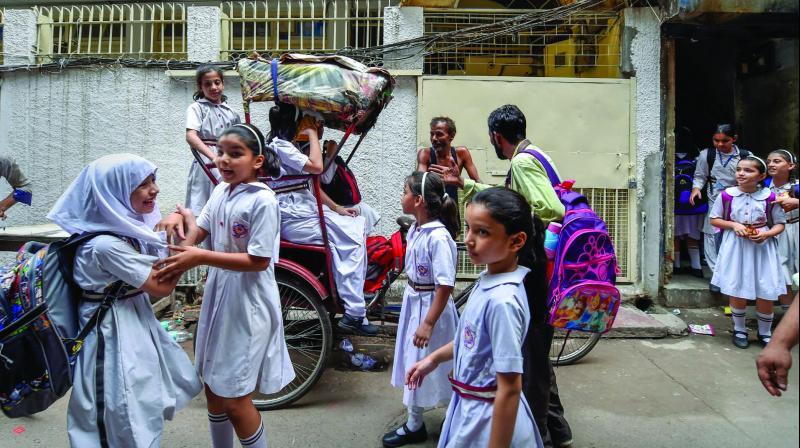 New Delhi: The Delhi government on Wednesday sought a report on the confinement of 16 minor children for nearly five hours in a school in Old Delhi over non-payment of tuition fees in time.

Chief minister Arvind Kejriwal and his deputy Manish Sisodia, who holds education portfolio, directed the education secretary to submit a report on the issue.

An education department official will visit the Rabea School in Chandni Chowk on Thursday on inquiry. “I am shocked. I asked officers to take action when I heard about it Tuesday,” Mr Sisodia said in a tweet on Wednesday. Mr Kejriwal also tweeted that he will visit the school along with Mr Sisodia at 10 am on Thursday and “meet the kids, their parents and school authorities”.

Their reaction came after reports that the school authorities allegedly locked children aged between four and five years on the school premises on Monday after their parents failed to pay the tuition fees.

The school management, including headmistress Farha Diba Khan, were named in the FIR filed under the Juvenile Justice (Care and Protection of Children) Act, 2000.

The management was booked on the complaint of one Shabeen Hasan who had dropped his two daughters at the school around 7.30 am on Monday. He said when he returned to pick them up after school hours, he found them absent in their respective classes.

“When I enquired from the staff, I got to know that some minor children had been locked in the school basement during school hours without food. The children were let off only after we informed police,” he said in the first information report (FIR). Mr Hasan said the parents had earlier promised to the management that they would clear the fee dues in a couple of days.