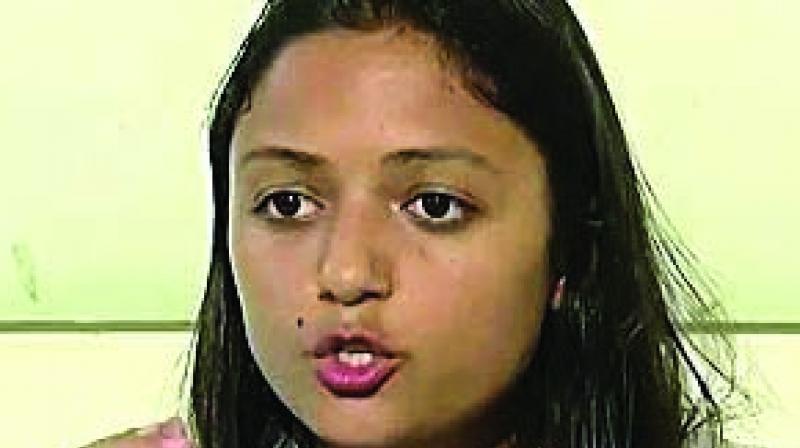 New Delhi: Leaders of Bharatiya Janta Yuva Morcha (BJYM) on Monday filed a police complaint against former JNU Student Union (JNUSU) vice president Shehla Rashid for her tweets against RSS and Union minister Nitin Gadkari. The complaint was filed with DCP Madhur Verma by BJYM’s national media in-charge Shivam Chhabra; national working committee member Pareksheet Dagar and Delhi BJP media committee member Raghav Mandal. The complainants requested the police to register an FIR under Section 153 and 153A of the IPC and take strict action against Ms Rashid. According to the complainants, on June 9, Ms Rashid tweeted the following message in English from her Twitter handle: “Looks like RSS/Gadkari is planning to assassinate Modi, then blame it on Muslims/Communists and then lynch Muslims #RajivGandhiStyle.”

Mr Dagar claimed Ms Rashid and left activists like her are frightened of the popularity and patriotic views of the RSS.

“They appear to get disturbed by looking at the unprecedented development works carried out by Mr Gadkari. Activists like Ms Rashid, Omar Khalid, and Kanhaiya Kumar are working to promote fear and anti-national politics in the country,” said Mr Dagar.