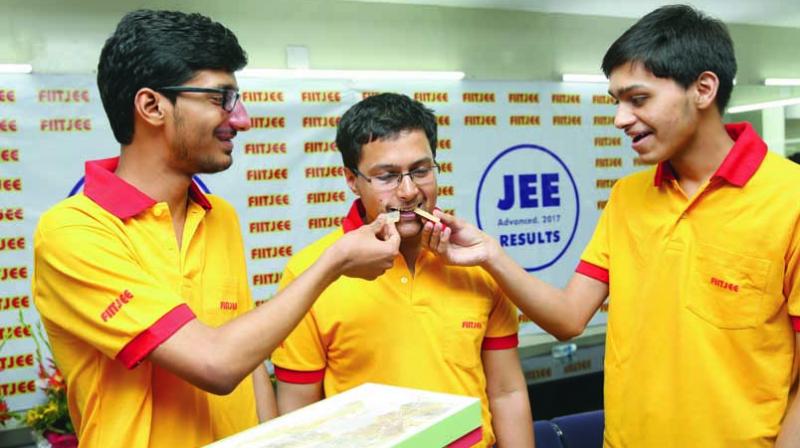 1.7 lakh candidates had registered and appeared in the exams held on May 21.

New Delhi: Delhiites had a reason to cheer on Sunday as 26 of the top 100 ranks in IIT-JEE (Main) 2017 were bagged by Delhi zone. While Madras IIT zone had a maximum of 29 students in top 100 category, IIT Bombay was just one rank short of Delhi by bagging 25 berths in the top category.

Ananye Aggarwal from Delhi emerged as state topper in JEE (Main) 2017 while grabbing the all-India rank of 3. In a rare coincidence, Ananye was also ranked third in the JEE (Mains) this year. A student of FIITJEE coaching institute, Ananye scored 331 marks out of 366 in the JEE (Main).

The Delhi topper scored 97.8 per cent in Class 12 board and is representing India in International Physics Olympiad (IPHo) 2017 next month, which is going to be held in Indonesia.

“Making it to the IIT has been my dream since childhood and I am grateful to FIITJEE for helping me accomplish this dream. FIITJEE’s unique teaching methodology helped me tremendously with my preparations for JEE in a pattern-proof manner,” Ananye said.

“Preparing students in a fundamental way and focusing on clearing their basics have yet again paid off for our students. FIITJEE’s early edge programmes are designed for students to start early in their preparation for JEE,” R.L. Trikha, FIITJEE director said.