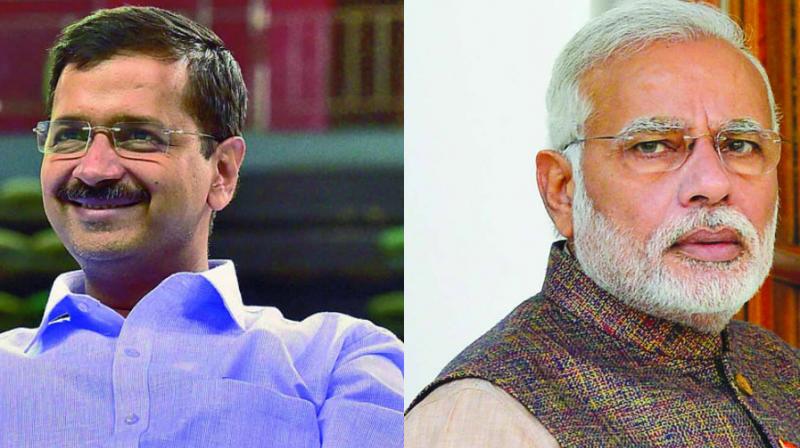 New Delhi: Delhi chief minister Arvi-nd Kejriwal on Friday wrote to Prime Minister Narendra Modi on Friday, accusing lieutenant-governor Anil Baijal of playing with women’s safety. The Delhi CM alleged that the CCTV project has become a victim of lieutenant-governor’s “politicking”. In his letter, Mr Kejriwal mentioned that the L-G had formed a committee for this issue and questioned its purpose.

Through his letter, Mr Kejriwal sought to raise the heat over the L-G-constituted panel to examine the security and privacy implications of the project. The CM’s letter came a day after Delhi home minister Satyendar Jain termed the panel “illegal and unconstitutional”, in a letter to Mr Baijal.

Principal secretary (home) Manoj Parida, who is heading the panel, has said that he would be going ahead with its proceedings despite Mr Jain’s directions to him to the contrary.

“The L-G made the committee without informing us, when work on installation of the CCTVs was about to begin. At least he should have spoken to us before doing so. What will this committee do? It establishes that his (Mr Baijal) intentions are bad. The only objective of the committee is to obstruct the project,” he wrote.

“The talk among people is that all this is being done at the behest of the Centre. Your L-G is doing politics with women’s safety. You order him to allow CCTVs in Delhi,” he added. The AAP chief also sought appointment from the PM for a meeting on the issue.

He further mentioned that the work on installing the CCTV was started and the people had started to welcome this initiative.

Mr Kejriwal wrote that the committee had been formed to “stall” the CCTV project, claiming that the L-G was doing “politics” over the issue.

“Keeping in mind the safety of women the Delhi government started the work in regard to the installation of the CCTV. The citizens of Delhi welcomed this move. Espec-ially, women were happy thinking that because the CCTV is being installed the female members of their family would feel safe,” wrote Mr Kejriwal.

Mr Kejriwal wrote that the committee had been formed to “stall” the CCTV project, claiming that the L-G was doing “politics” over the issue.

Labelling it as a political issue he asked the Prime Minister to look into this matter as soon as possible. “You (PM) had said in London that women’s safety shouldn’t be politicis-ed,” added Mr Kejriwal.

Defying the AAP government's stand, Delhi home secretary Manoj Parida on Friday chaired a meeting of the L-G-appointed committee on a project for installation of CCTV cameras, in what could trigger another confrontation with the AAP dispensation and the L-G’s office. An official said Mr Parida wou-ld call another meeting of the six-member committee in the next five-six days and discuss various aspects.