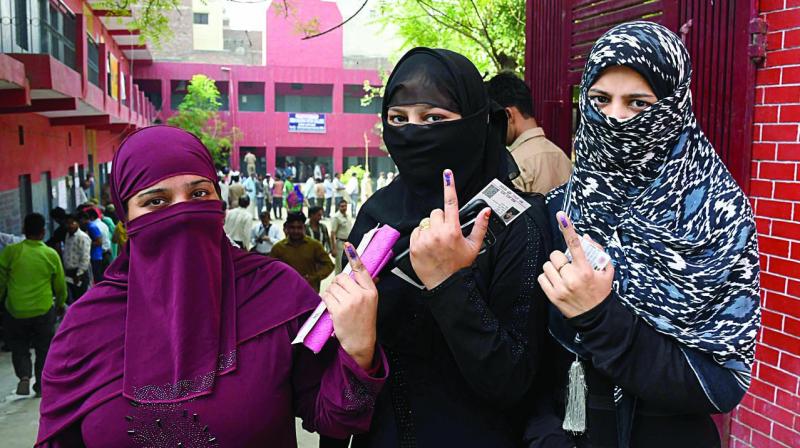 Noida: While BJP heavyweight Mahesh Sharma, who is a Union minister and area’s sitting MP, is all set to sweep the urban pockets, Bahujan Samaj Party’s (BSP) “gathbandhan” candidate Satveer Nagar seems to be having an upper edge in the rural areas of the constituency.

Though BJP had made a clean sweep in the 2017 state Assembly elections, BSP, which had won the seat in the 2009 parliamentary elections, too has a strong vote bank in the Lok Sabha constituency.

Mr Sharma, the owner of Kailash group of hospitals, is confident of winning the seat in which BJP had pocketed 50 per cent votes in 2014. But Mr Nagar is buoyant too and has campaigned rigorously in rural areas and is confident of turning the farm distress into a tide against Mr Sharma.

Political observers in the rural areas believe that with the elections going on, caste factor is gaining more importance than any other discussion.

A visit to six polling stations revealed that a majority of the voters of the four of the most populous voting communities in the constituency comprising Dalits, Muslims, Yadavs, and Gujjars were in favour of the “gathbandhan” candidate. Moreover, working in favour of the alliance is the fact that BSP stalwart Mayawati is from Badalpur village in GB Nagar constituency and has a tremendous capability to pull in votes for her candidate.

Many voters said that while Mr Sharma had returned with accounts of his development work, Congress was hoping a young Arvind Kumar Singh would regain a seat it lost in the 1980s and BSP’s Satveer Nagar could pull off a victory as a coalition face in the constituency.

Mr Nagar, seen as the most likely threat to Mr Sharma, already has a clear support of BSP, SP, and Rashtriya Lok Dal (RLD) vote-banks.

Congress’ Arvind Kumar Singh, whose father is a BJP leader from Aligarh, had to fight the “outsider” label, which he says was being played up by Mr Sharma’s party.

He has identified job creation, farm distress, women safety, and ceiling on fees of private schools as his focus areas.