Imam says he was forced to chant ‘Jai Shri Ram’ 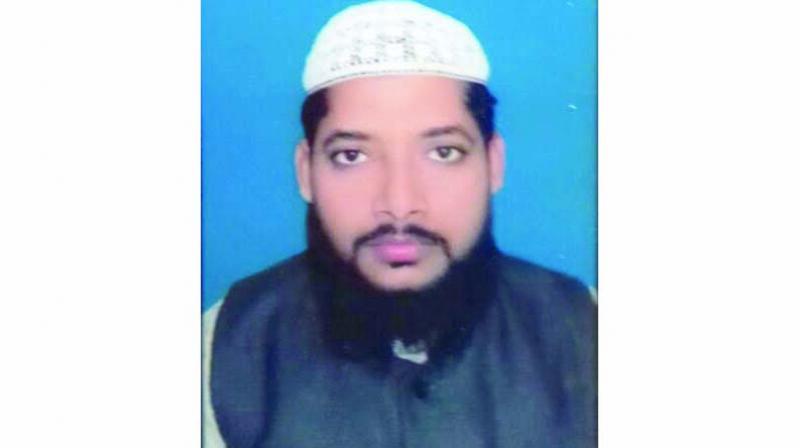 New Delhi: A 27-year-old Imam from an Abu Bakr Siddiqui Masjid, JJ Colony in Bawana, had a nightmarish experience on the night of April 8 when a bus tour from Shahbad Dairy to the mosque turned horrendous.

Maulana Mohammed Aftab was on his way home on a DTC bus route no 116 when the incident took place at Prahaldpur. Two men allegedly beat Maulana Aftab, held his beard and asked him to chant slogans of ‘Jai Shri Ram, Jai Mata Di’. When Aftab refused, they used muscle power and hurled blows at him. As 10 other passengers in the bus did not come to his rescue, Aftab had to chant the slogans.

The horror didn’t end here. He was made to wait by the police for over one and a half hours after he frantically made calls at Delhi police helpline no 100. It was only when a friend and doctor by profession, Etshan Mannawar, called a senior officer that a PCR van showed up. The cops allegedly made him stay in the police station till 5.30 am on April 9.

Speaking to this newspaper, Aftab said, “I was travelling home when two men approached from nowhere and started misbehaving with me. They caught hold of me, pulled me by my beard and threatened me to chant slogans. When I resisted, they began beating me. Scared for life, I chanted slogans.”

He further said that a man from the bus tried to help me, but he was threatened. “There was no home guard in the old DTC bus. Even the driver and conductor couldn’t help. When the hooligans got down at Haladpur bus stand, I dialled 100 but no one came for long. The other passengers also stayed at Bawana Chowk but when no one came for over one hour,” he added.

It was only after the doctor friend helped, Maulana Aftab was given police help at about 12.30 am. “The cops then took me to the Shabad Dairy police station, took my compliant and asked me to show the spot. After I took them and returned, they didn’t let me go home. After an MLC was conducted, I was made to sit in the police station till 5.30 am, the next day.”

Aftab added that it was not the only incident. Around three months ago, another Maulana Kari Irshad Rehman was assaulted and was allegedly asked to raise slogans. The area between Shabad Dairy and Puth is notorious for such incidents.

Two days have passed since the incident took place. However, the police have not achieved any breakthrough. They claimed that they have registered a case and are probing in this connection.