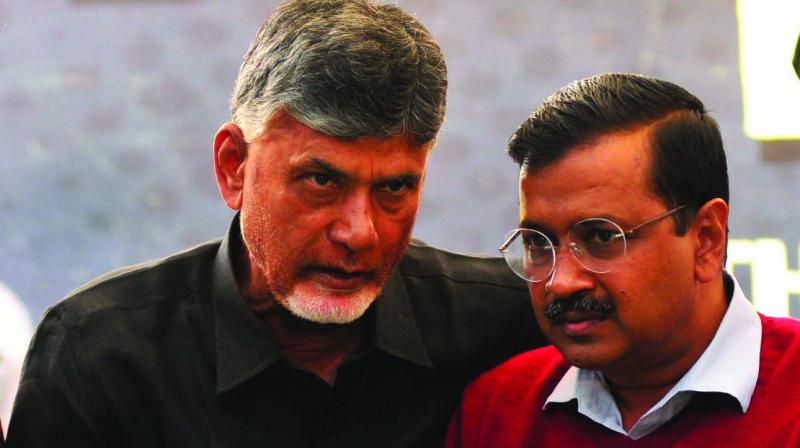 New Delhi: The ruling Aam Aadmi Party (AAP) in Delhi will launch “Your MLA and Councillor at your doorstep” campaign from February 15 to step up attack against the BJP-led government at the Centre ahead of the upcoming Lok Sabha polls.

AAP convenor for Delhi, Gopal Rai on Monday alleged that the Narendra Modi led BJP government has used constitution and democracy as a tool to topple non-BJP state governments in the last five years.

Mr Rai said in a press conference that AAP legislators and corporators will interact with people and request them to throw the Modi government out of power during the campaign. He said the AAP will host a mega rally of opposition parties against the “dictatorial” central government at Jantar Mantar on February 13.

“The AAP will intensify its fight against the Modi-Shah duo in Delhi after the February 13 rally. We will launch ‘’Your MLA and Councillor at your doorstep’’ campaign for the Lok Sabha elections from February 15,” Mr Rai said.

Asked whether the Congress has been sent an invite for the mega February 13 show, he said all those who had participated in the rally organised by West Bengal chief minister Mamata Banerjee last month have been invited. “Invitation has been sent to all those who attended Mamata Banerjee’s recent rally against the Modi government. We have not spoken to them (Congress) regarding the February 13 mega rally at Jantar Mantar,” the AAP leader said.

On Sunday, sources said that the Congress is unlikely to participate in the mega opposition rally that will be attended by Ms Banerjee and Chandrababu Naidu, among other opposition leaders.

They had also said that with just around two months left for the polls, the rally will serve to bring the Opposition leaders together in firming up a ‘’Mahagathbandhan’’ to challenge the BJP and its National Democratic Alliance (NDA) partners in the polls.