The police, on January 7, had requested the administration to do an audit of hostels for outsiders or unauthorised students. 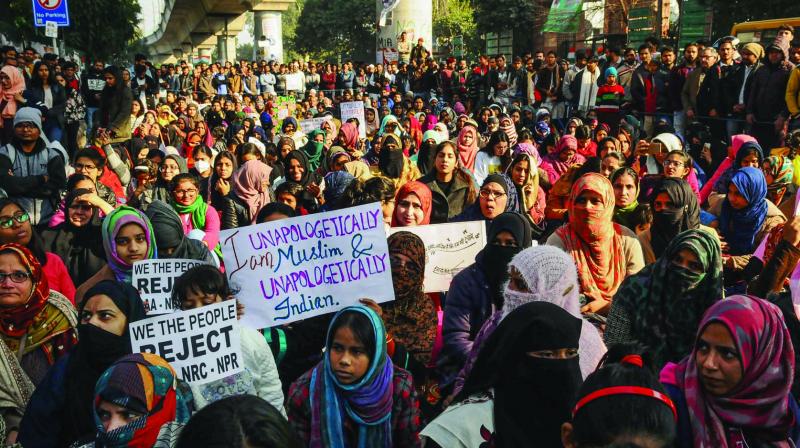 Protestors during a rally against CAA. (Photo: PTI)

New Delhi: A day after the Delhi police identified nine suspects responsible for the Jawaharlal Nehru University (JNU) violence on January 5, sources in the Delhi police, on Saturday, said that the SIT has also identified 37 more suspects from a ‘WhatsApp’ group which was created during the violence at the campus.

The police, on January 7, had requested the administration to do an audit of hostels for outsiders or unauthorised students.

According to a police source, the 37 suspects identified do not belong to any students’ party active in JNU.

“Those identified are students of JNU, who were in favour of the semester registration process and wanted to enrol themselves. The group had 60 members and 37 of them have been identified,” said a source.

“These identified persons will be called for questioning and after that it will be cleared if they are associated with any of the student outfits,” said the source.

“ABVP’s secretary (JNU unit) Manish Jangid, who had earlier alleged that he was attacked by left students, was also part of the ‘Unity Against Left’ WhatsApp group and some other ABVP members were also in this group,” said another source.

However, Mr Jangid claimed that on January 5, after he was attacked by some people, his phone broke and he had no knowledge about being added to that group.

“It was when my phone was repaired that I came to know I had been added to that group,” Mr Jangid said.

Earlier on Friday, the police had released pictures of nine students, which included former students too, carrying out violence against JNU students and teachers last Sunday.

JNU Students’ Union (JNUSU) president Aishe Ghosh too has been named in the list of the suspects.

Among the nine individuals, seven belong to the Left wing while the remaining two are from the Right wing. However, no one has been detained.

Earlier, the police said that a WhatsApp group, ‘Unity Against Left,’ which is believed to have been formed while the violence escalated, is also under the scanner.

“Notices will be served to the suspects and as the investigation progresses, we may come out with more facts,” said.