The ASI, Aga Khan Trust for Culture (AKTC) and consumer electricals firm Havells have joined hands for this project. 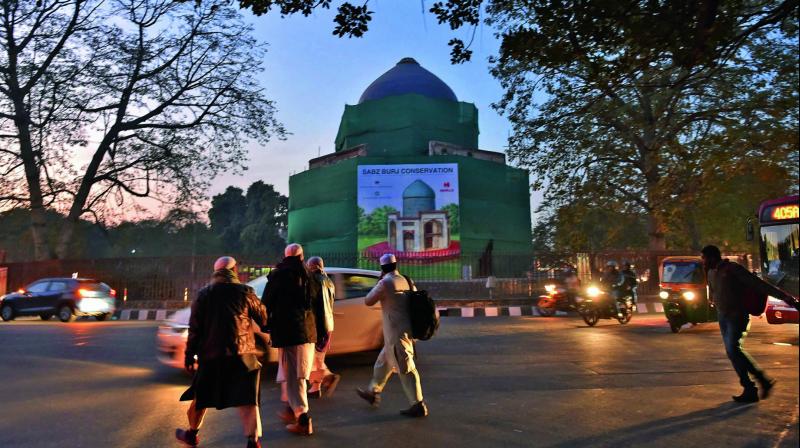 Conservation work has begun on the Archaeological Survey of India-protected heritage landmark, situated right opposite to the Humayun’s Tomb complex, with "generous funding" from a corporate firm, a senior official of a partnering agency said.

The ASI, Aga Khan Trust for Culture (AKTC) and consumer electricals firm Havells have joined hands for this project, that is slated to be completed over a period of 18 months.

"Before beginning the actual conservation work, over the past three months, we did an extensive documentation of the structure, including 3D laser scanning to know the requirement," CEO, AKTC, Ratish Nanda, said.

"Sabz Burj would be a challenge for us, but the urban impact it will have after restoration would be huge, given the structure sits in a street roundabout in the buffer zone of the World Heritage Humayun Tomb and in the vicinity of the historic Nizamuddin Dargah," he said.

The octagonal tomb, said to be of a Mughal noble, has a striking architecture, including an inner dome encased in an elongated outer dome, whose top is covered with blue tiles.Havells India is helping in the conservation work.