The news of its sighting had come soon after villagers in Haryana’s Sohna area had thrashed a leopard to death. 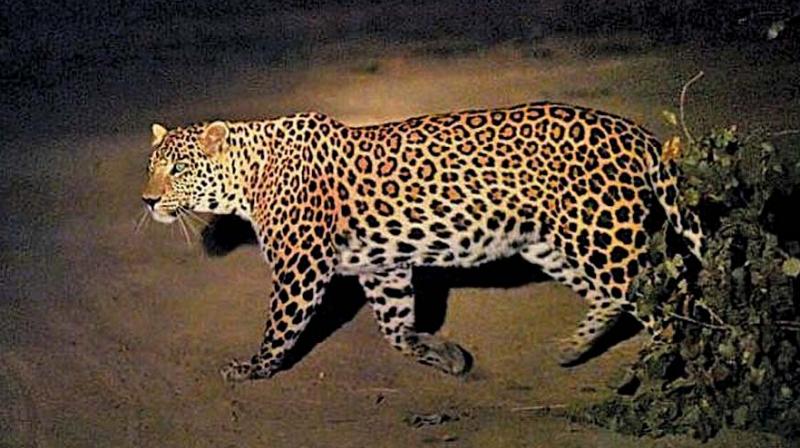 A leopard was spooted at the Yamuna Biodiversity Park in north Delhi. (Photo: PTI)

New Delhi: Authorities on Saturday trapped the leopard that was spotted in Yamuna biodiversity Park here in November, setting in motion the process that will lead to it being released in the wild, most likely in Haryana’s Kalesar National Park.

The wild cat was trapped and “partially tranquilised” before being caged in the early morning hours. It will now undergo a range of medical tests at the Delhi Zoo, chief wildlife warden of Delhi A.K. Shukla said.

“It will be medically tested which is a prerequisite before such animals are released in the wild. We will check whether it is fit to be released because it may have injured himself or may have contracted some infection,” Mr Shukla told PTI.

The male leopard’s presence in the Yamuna biodiversity park had cheered wildlife enthusiasts and was being seen as an achievement considering wild cats had completely disappeared from the region.

But Delhi government decided to trap and relocate it saying it may pose threat to villagers in the vicinity. The news of its sighting had come soon after villagers in Haryana’s Sohna area had thrashed a leopard to death.

Although authorities were initially considering releasing it in Uttarakhand’s Rajaji National Park, that plan has been shelved as there is “zero possibility” that it has come from there.

“It is young and its family might be in Kalesar from where it has come trekking along the Yamuna,” Mr Shukla said.