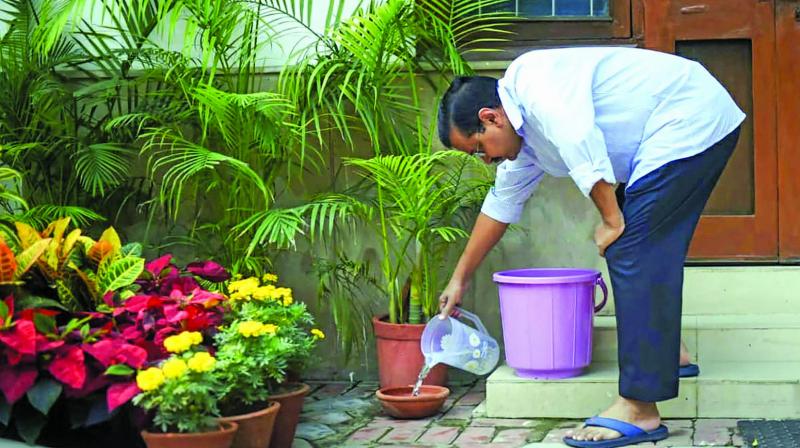 New Delhi: Less than 1,100 cases of dengue and no deaths due to the mosquito-borne disease have been reported so far this year in the city, chief minister Arvind Kejriwal said on Sunday.

In a video message posted on Twitter, he said this was an achievement in comparison to 2015 when over 15,000 dengue cases had been recorded and 60 people had died in the national capital.

Mr Kejriwal lauded residents’ efforts in following the ‘10-hafte, 10-baje, 10-minute’ campaign launched by him on September 1. It required people to look for stagnant water in and around their homes for 10 minutes at 10.00 am every Sunday for 10 weeks and dispose it off to prevent breeding of mosquito larvae.

Congratulating Delhiites “for winning the battle against dengue,” the chief minister said: “I am proud of you, Delhi. There are more than 100 countries affected by dengue. Nob-ody could understand the cure for dengue but Delhi showed the way.”

He said that such campaigns should be run not only in other states of the country, but also worldwide.

“There are many dengue affected places. I hope that such campaigns are run worldwide,” he said.

“I want to congratulate Delhiites. We started a war against dengue 10 weeks ago by starting a campaign... We have won the battle against dengue,” Mr Kejriwal said in the video.